WASHINGTON (REUTERS) - Elon Musk's SpaceX, fresh off the successful launch this month of the world's most powerful rocket, won an endorsement on Wednesday (Feb 14) from the top US communications regulator to build a broadband network using satellites.

Federal Communications Commission chairman Ajit Pai proposed the approval of an application by SpaceX to provide broadband services using satellites in the United States and worldwide.

"Satellite technology can help reach Americans who live in rural or hard-to-serve places where fiber optic cables and cell towers do not reach," Pai said in a statement.

SpaceX told the FCC in a Feb 1 letter that it plans to launch a pair of experimental satellites on one of its Falcon 9 rockets. That launch, which has been approved by the FCC, is set for Saturday in California.

The rocket will carry the PAZ satellite for Hisdesat of Madrid, Spain and multiple smaller secondary payloads.

On Feb 6, the company launched the world's most powerful rocket, SpaceX's Falcon Heavy, from Florida. The 23-storey-tall jumbo rocket carried a Tesla Roadster from the assembly line of Musk's electric car company as a mock payload. 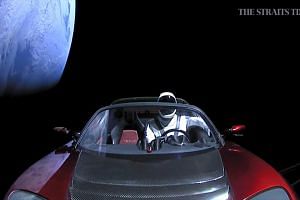 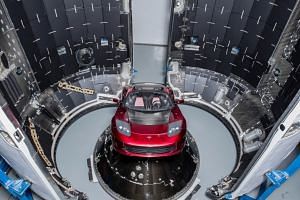 Pai said after a staff review he was urging approval for SpaceX, saying: "It would be the first approval given to an American-based company to provide broadband services using a new generation of low-Earth orbit satellite technologies."

Over the past year, the FCC has approved requests by OneWeb, Space Norway, and Telesat to access the US market to provide broadband services using satellite technology.

The FCC said the technology "holds promise to expand Internet access in remote and rural areas across the country".

The recent approvals are the first of their kind, the FCC said, for "a new generation of large, non-geostationary satellite orbit, fixed-satellite service systems".

The FCC "continues to process other, similar requests," it added.

The Wall Street Journal reported in 2017 that SpaceX hopes it can use revenue from a satellite-Internet business to finance manned missions to Mars.

The US government is working to try to bring high-speed Internet access to rural areas that lack service. An FCC report released this month said the number of Americans without access to both fixed and mobile broadband fell by more than half from 72.1 million in 2012 to 34.5 million in 2014.