LONDON (AFP) - Harvey Weinstein's lawyer said on Saturday (March 3) a woman having sex with a Hollywood producer to advance her career is "not rape", in a British newspaper interview on the eve of the Oscars.

Ben Brafman is one of the US' top criminal defence attorneys, hired by the disgraced Hollywood mogul whose career is in tatters following accusations of sexual harassment, assault and rape.

More than 100 women have accused Weinstein of impropriety going back 40 years, but Brafman argued there was no criminal behaviour.

"If a woman decides that she needs to have sex with a Hollywood producer to advance her career and actually does it and finds the whole thing offensive, that's not rape," he told The Times.

"You made a conscious decision that you're willing to do something that is personally offensive in order to advance your career," he added.

Weinstein, a twice-married father of five, is being investigated by British and US police, but has not been charged with any crime. He denies having non-consensual sex and is reportedly in treatment for sex addiction. 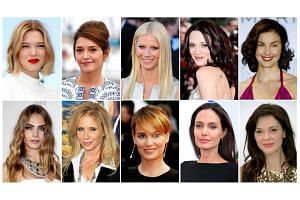 The bombshell exposes last year have led the film industry to declare war on sexual misconduct, with the campaign dominating the 2018 awards circuit.

Brafman told The Times his client's behaviour was reflective of the broader culture in the industry: "The casting couch in Hollywood was not invented by Harvey Weinstein." While Weinstein will not be welcome at Sunday's Oscars ceremony, his infamous casting couch has been created by artists to mark the occasion.

Plastic Jesus and Joshua Monroe created a gold sculpture of Weinstein on the couch, wearing a dressing gown and clutching an Academy Award.