WASHINGTON (REUTERS) - Six Democratic US senators on Tuesday (Sept 27) demanded that Yahoo explain why hackers' theft of user information for 500 million accounts two years ago only came to light last week and lambasted the company’s handling of the breach as “unacceptable.”

The lawmakers said they were “disturbed” that the 2014 intrusion, disclosed by the company on Thursday, was detected so long after the hack occurred.

“That means millions of Americans’ data may have been compromised for two years,” the senators wrote in a joint letter addressed to Yahoo chief executive officer Marissa Mayer. “This is unacceptable.” 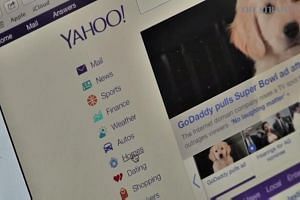 Yahoo says 500 million accounts hacked in 2014 by 'state-sponsored actor', may be largest cyber-breach in history 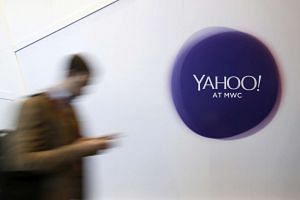 Yahoo's data breach: What to do if your account was hacked

A Yahoo spokesman said the company would respond in a “timely and appropriate manner” to the letter, which was signed by Senators Patrick Leahy, Al Franken, Elizabeth Warren, Richard Blumenthal, Ron Wyden and Edward Markey.

Yahoo has faced mounting questions about exactly when it knew about the 2014 cyber attack that exposed the e-mail credentials of users, a critical issue for the company as it seeks to prevent the breach from affecting a pending takeover of its core business by Verizon.

The Internet firm has said it detected the breach this summer after conducting a security review prompted by an unrelated hacking claim that turned out to be meritless. Yahoo has not given a precise timeline explaining when it was made aware of the 2014 attack, or if it knew of the breach before announcing the deal with Verizon in late July.

In a Senate hearing on Tuesday, Federal Trade Commission chairwoman Edith Ramirez said her agency supported quick disclosures although she declined to say if the FTC was investigating Yahoo.

“In our view, approximately 30 to 60 days (after a breach is discovered) might be appropriate,” she told the Senate Commerce Committee. “It is necessary for consumers to be notified so they can take appropriate steps to protect themselves.”

In their letter, the senators requested Yahoo brief them on the company’s investigation, cooperation with authorities and plans to protect affected users.

The senators asked Mayer for a timeline of the hack and discovery as well as Yahoo’s steps to prevent another breach in the future.

The letter came a day after Democratic Senator Mark Warner asked the US Securities and Exchange Commission to investigate whether Yahoo and its senior executives fulfilled obligations to inform investors and the public about the hacking attack, which Yahoo has blamed on a “state-sponsored actor.”