WASHINGTON (WASHINGTON POST) - For the second time in just over a week, a CNN personality has been cast off the network after a vulgar attack on President Donald Trump.

At the end of May, Kathy Griffin's contract was terminated after the comedian allowed herself to be photographed holding a prop of Trump's bloody, severed heard.

And now Reza Aslan, who hosted a provocative series about religion for CNN, will follow Griffin off the network after calling Trump a "piece of s--" on Twitter last weekend (June 3/4).

Aslan's show "Believer" will not return for a second season on CNN, the network announced on Friday (June 9), following outrage over the host's vulgarity and discoveries that it had not been the first of its kind.

For a man with a background in religious scholarship, Aslan has never seemed the church-mouse type. The first season of Believer saw him eating human brains with members of a religious sect, and he has been attacking Trump online virtually since Election Day. 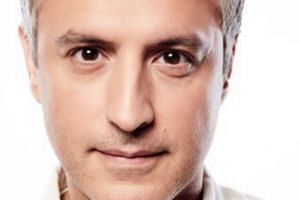 But Aslan appeared particularly incensed by Trump's response to Saturday's terrorist attack in London, when the president retweeted a speculative Drudge report about the incident shortly after it happened, and used the massacre to promote the travel ban.

Translation: the president is a man baby that must be ignored in times of crisis. https://t.co/Kv1hIC7hEG

Aslan apologised the next day for expressing his "shock and frustration at the president's lack of decorum and sympathy" with a curse word: "I should not have used a profanity to describe the President when responding to his shocking reaction to the #LondonAttacks. My statement: pic.twitter.com/pW69jjpoZy - Reza Aslan (@rezaaslan) June 4, 2017"

I should not have used a profanity to describe the President when responding to his shocking reaction to the #LondonAttacks. My statement: pic.twitter.com/pW69jjpoZy

As Erik Wemple wrote for The Washington Post, CNN was running damage control on multiple crises last week, including fallout from Kathy Griffin's photo shoot, and an embarrassing correction on a report about fired FBI director James Comey's testimony.

By the end of Friday, the network had dispensed with its Aslan problem - though its statement did not give a reason for the cancellation of Believer.

"CNN has decided to not move forward with production on the acquired series Believer with Reza Aslan (season two)," reads CNN's full statement.

"We wish Reza and his production team all the best."

While Griffin's bloody photo shoot and firing provoked a running drama, with the comedian tearfully accusing Trump of "trying to ruin my life," Aslan took his apparent punishment in good grace.

"Obviously I am very disappointed in this decision," he wrote on Twitter.

My statement about the cancellation of #Believer pic.twitter.com/ITtXAyQwd5

But he praised CNN for letting him launch the show, and agreed it was best they part ways.

"In these politically charged times, the tenor of our nation's discourse has become complicated," Aslan wrote.

"I recognise that CNN needs to protect its brand as an unbiased news outlet." 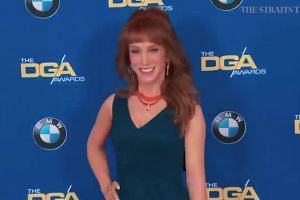 And while Griffin has found few sympathisers among Trump's fans, Aslan has already acquired at least one unlikely defender.

"I do not think you should be fired. You apologised," Fox News host Sean Hannity told Aslan on Twitter - despite the fact that Aslan once also called Hannity a "piece of s--."