WASHINGTON • Special Counsel Robert Mueller's conclusion that US President Donald Trump's campaign did not collude with Russia in the 2016 election is a serious blow to Democrats, who had hoped Mr Mueller's report would boost their own wide-ranging probes into Mr Trump's business dealings.

After defending the Special Counsel's integrity for more than a year, the Democrats have little room to challenge his conclusion that there was no conspiracy between Mr Trump's campaign and Russia in the 2016 election. Yet, even before the Special Counsel's 22-month probe ended, Democrats were already working under a Plan B to undermine Mr Trump going into next year's presidential race, through investigations led by House committees now under their control.

"We are going to move forward with our investigations of obstruction of justice, abuses of power, corruption, to defend the rule of law, which is our job," House Judiciary chairman Jerrold Nadler said on Sunday at a news conference in New York.

Investigations in the Democratic-controlled House stretch across six committees, including Mr Nadler's Judiciary panel, along with the Intelligence, Financial Services and Oversight committees.

The topics for investigation include alleged public corruption, presidential abuses of power, Mr Trump's banking relationships, his tax returns and efforts to quash embarrassing stories about the President in coordination with the National Enquirer.

Mr Barr's "conclusions raise more questions than they answer, given the fact that Mueller uncovered evidence that in his own words does not exonerate the President" on obstruction, Mr Nadler said. 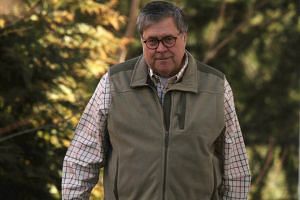 Main findings of two-year report into possible collusion with Russia

Republicans rejoice as 'cloud' over Trump is lifted

No collusion finding a major political boost for President

The strategy poses risks for the Democrats, particularly if voters prove tired of talk of investigating Mr Trump, now that Mr Mueller has completed his work.

But one benefit for Democrats is that it may ease pressure for now from a faction of House members who have been pressing to begin impeachment proceedings.

With polls showing most of the public did not support impeaching the President even before Mr Mueller's findings, House Speaker Nancy Pelosi had been trying to tamp down that talk. Mr Barr's description of Mr Mueller's report as finding no criminality makes her caution appear savvy.

Even before Mr Barr's letter on Sunday, Democrats were underscoring that they will fight - in court if necessary - to get Mr Mueller's full report, including its underlying documents. They say that material will help their probes.

"It will greatly facilitate our own investigation not to have to reinvent the wheel," said Intelligence Committee chairman Adam Schiff, whose panel will be looking into any foreign influence over Mr Trump.

A version of this article appeared in the print edition of The Straits Times on March 26, 2019, with the headline 'Report a setback, but Democrats have Plan B'. Subscribe
Topics:
More
Whatsapp Linkedin FB Messenger Telegram Reddit WeChat Pinterest Print Purchase Article Copy permalink