WASHINGTON (WASHINGTON POST) - President Donald Trump drew a standing ovation from religious leaders on Thursday (Feb 7) for strong anti-abortion comments amid a renewed national debate over the procedure as performed late in pregnancy.

"All children, born and unborn, are made in the holy image of God," Trump said to sustained applause at a national prayer breakfast. Most of the crowd stood.

"Every life is sacred, and every soul is a precious gift from heaven," Trump continued.

Trump in his State of the Union address on Tuesday called on Congress to make late-term abortions illegal. His characterisations of the procedure and recent state legislative efforts to loosen restrictions on it were misleading, but they highlighted discomfort around the topic, including among some of the president's Democratic political adversaries.

Trump did not refer directly to that debate in his remarks Thursday, which were among his strongest on the subject of abortion generally.

Trump also took credit Thursday for the release last year of Andrew Brunson, an American minister jailed in Turkey. Brunson was among those who attended the National Prayer Breakfast.

"He was in there for a long time before I got there, and I said, 'You gotta let him out. You better let him out.' And they let you out," Trump said, gesturing toward Brunson. 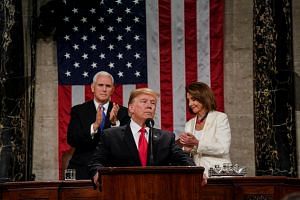 "It was a miracle," Trump said, with a theatrical gesture heavenward.

"This Saturday, Pastor Brunson will walk his daughter down the aisle," Trump said.

Trump began his remarks by promising the faith leaders, ambassadors, members of Congress and others, "I will never let you down."

Democratic Senator Christopher Coons, a frequent Trump critic, was a co-chairman of the event.

Trump, who was introduced by the other co-chairman, Oklahoma Republican Senator James Lankford, repeated a call for cooperation and unity that was a theme of his State of the Union address on Tuesday.

Trump avoided any direct mention of politics or criticism of Democrats.

Earlier Thursday, Trump complained on Twitter about what he called "PRESIDENTIAL HARASSMENT" from congressional investigations."It should never be allowed to happen again," Trump wrote.

In another early-morning tweet, Trump complained, "The Dems and their committees are going 'nuts'," referring to investigations and oversight inquiries of the administration launched by the new Democratic majority in the House.

"The Republicans never did this to President Obama, there would be no time left to run government," Trump wrote.

Before Trump spoke, Gary Haugen, a former human rights lawyer and founder of the anti-slavery group International Justice Mission, warned of the dangers of political and cultural "tribalism" and "a swelling anxiety of national disintegration" in the United States.

With Trump sitting a few feet away, Haugen said that "the vicious noise of the news cycle is discouraging, but it is not the ruling arc of time."

"Even in this divided era, there is good that we all agree should be done to address criminal justice reform, the opioid crisis, a broken foster care system, and we should just do it," Haugen said.

The annual gathering of religious leaders and politicians included a lengthy list of Trump administration figures, including Vice-President Pence and Cabinet secretaries. Among those in attendance were Secretary of State Mike Pompeo and acting attorney-general Matthew Whitaker. 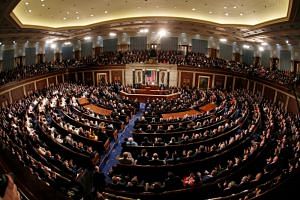 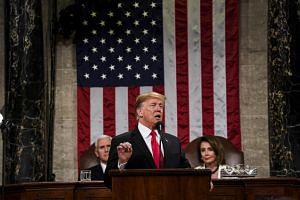 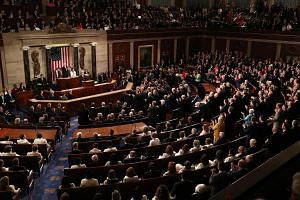 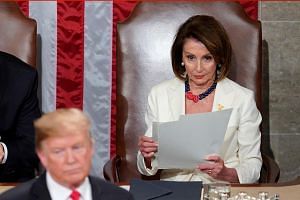 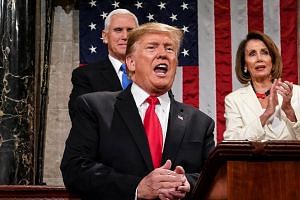 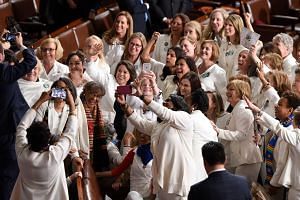 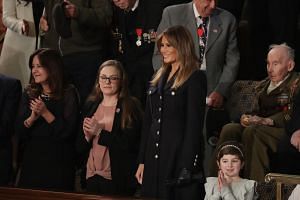 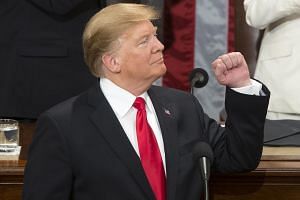 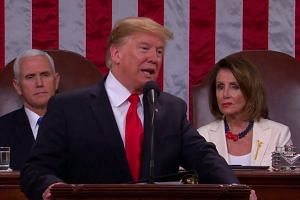