NEW YORK • OxyContin maker Purdue Pharma and its owners, the Sackler family, are in discussion to settle more than 2,000 opioid lawsuits against the company for US$10 billion to US$12 billion (S$14 billion to S$16.7 billion), two sources familiar with the matter said on Tuesday.

Purdue is among several pharmaceutical companies that have been sued for fuelling an opioid addiction crisis which claimed 400,000 lives in the United States from 1999 to 2017, according to the US Centres for Disease Control and Prevention.

The suits accuse Connecticut-based Purdue Pharma of aggressively marketing prescription opioids while misleading consumers about the risks of prolonged use.

Purdue and the Sacklers have denied the allegations.

Purdue said it was working with state attorneys-general and other plaintiffs to reach a resolution, without specifying a settlement amount.

There is no agreement as yet and the settlement discussions could collapse, the sources said.

Representatives for Purdue and the Sackler family held talks with cities, counties and states on the potential multi-billion-dollar deal last week in Cleveland, said one source. 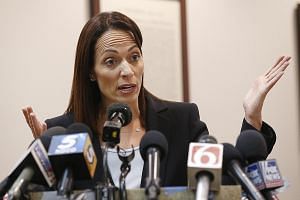 During the meeting, Purdue outlined a plan to file for Chapter 11 bankruptcy protection as a mechanism for implementing the settlement, which the company hopes will address the lawsuits.

The Sacklers would cede control of Purdue under the settlement terms discussed last week. All parties have till tomorrow to update a federal judge on the status of the negotiations, the source added.

Purdue says the US Food and Drug Administration approved labels for OxyContin that warn about risk and abuse associated with treating pain. The Sacklers argue they were passive board members.

A version of this article appeared in the print edition of The Straits Times on August 29, 2019, with the headline 'Pharma giant offers up to $17b to settle opioid suits'. Subscribe
Topics:
More
Whatsapp Linkedin FB Messenger Telegram Reddit WeChat Pinterest Print Copy permalink