They hail transformative effect of pact, but difficult ratification process lies ahead

It could be one for the record books. Trade negotiators from 12 Pacific Rim nations, including the United States, Japan and Singapore, struck a deal on the Trans-Pacific Partnership (TPP) on Monday (Oct 5) that will create the world's largest free trade area and one that will have a transformative impact on the global economy.

Speaking at a joint press conference in Atlanta, Georgia, where negotiators had toiled round the clock for five days to seal the deal, ministers took turns hailing the historic nature of the deal.

US Trade Representative Michael Froman said: "At the end of the day, here we are as 12 TPP partners having achieved something that some time ago people didn't think was achievable."

And though negotiators acknowledged there were difficult issues not resolved until the last minute - New Zealand said its negotiation on dairy ended only at 5am - the big picture was more important. 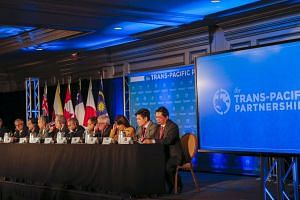 Singapore Minister for Trade and Industry (Trade) Lim Hng Kiang said the TPP embodies "what Singapore sees as the future of the Asia-Pacific".

"It will transform the region by reducing tariff and non-tariff barriers substantially for both goods and services, encouraging greater investment, and addressing new trade challenges in the modern economy.

"The TPP has also been deliberately designed to be more inclusive, so that small and medium-sized enterprises can take full advantage of its benefits," he said in a statement.

The agreement was an important milestone for negotiations that have gone on for nearly eight years, but few will be celebrating yet given the difficult ratification process ahead. Before the TPP can come into force, member countries must first get it approved by their domestic legislatures.

That process is expected to be especially challenging in the US, where polarising presidential election politics is increasingly coming into play.

Under the fast-track legislation President Barack Obama signed in June, Congress will have at least 90 days to review the deal.

Mr Obama, who made the TPP a priority of his second term, said the deal "reflects America's values and gives our workers the fair shot at success they deserve".

"When more than 95 per cent of our potential customers live outside our borders, we can't let countries like China write the rules of the global economy," he said in a statement. China is not a member of the TPP. 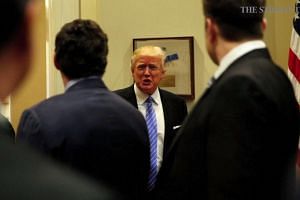 "We should write those rules, opening new markets to American products while setting high standards for protecting workers and preserving our environment."

But already, senators from both sides - Democrat Bernie Sanders and Republican Orrin Hatch - have come out to criticise the trade deal, with Mr Hatch calling it "woefully inadequate".

Mr Obama will need the support of traditionally pro-trade Republicans if he is to get it through Congress.

But it will not be just the US that faces obstacles, there are potentially politically difficult aspects for other nations.

The issue of agriculture tariffs remains an issue for countries like Japan and Australia; labour standard requirements are a worry in Vietnam; and many in Malaysia have concerns about how the TPP might undermine bumiputera rights. SEE TOP OF THE NEWS & OPINION