The summit on countering violent extremism on Sept 29 comes one year after Obama vowed to crush ISIS during his United Nations speech.

Since then, the extremists have captured territory in Syria and Iraq and gained a foothold in Libya, Yemen and elsewhere in the Middle East, with alliances as far afield as Nigeria's Boko Haram. 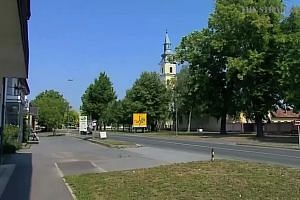 On Wednesday, ISIS released a picture on Twitter of a Croatian hostage abducted in Egypt, who apparently was the latest victim of the group's horrific beheadings.

The United States last year assembled a coalition of 50-plus countries to beat back Islamic State, which declared a caliphate in June 2014 after seizing the Iraqi city of Mosul.

Diplomats said the summit, to be held on the sidelines of the annual UN General Assembly meeting, will allow leaders to take stock and chart a way forward in the campaign to defeat Islamic State.

Obama last year hosted a Security Council meeting during which a resolution was adopted to curb the flow of foreign fighters joining ISIS extremists on the battlefields in Iraq and Syria.

But UN monitors report that the number of foreign militants has grown to at least 22,000 and there is no sign that the flow is abating.