RANCHO MIRAGE, California (REUTERS) - US President Barack Obama said he and leaders of South-east Asian countries discussed the need to ease tensions in the South China Sea, and agreed that any territorial disputes there should be resolved peacefully and through legal means.

But a joint statement agreed on after a two-day summit with the Association of South-east Asian Nations at the Sunnylands retreat in California did not include the specific mentions Washington had been seeking regarding China and its assertive pursuit of territory in the South China Sea.

Mr Obama told a news conference on Tuesday (Feb 17) that leaders at the meeting reaffirmed "our strong commitment to a regional order where international rules and norms and the rights of all nations, large and small, are upheld."

"We discussed the need for tangible steps in the South China Sea to lower tensions including a halt to further reclamation, new construction and militarisation of disputed areas," Mr Obama said.

"When Asean speaks with a clear and unified voice, it can help advance security, opportunity and human dignity."

After a first day discussing trade and economic issues with the 10 Asean states, US officials had been hoping to arrive at a common position on the South China Sea, where China and several Asean states have conflicting claims.

Not all Asean members agree, however, on how to handle the disputes, and some, such as current Asean chair Laos and its neighbour Cambodia, have close economic ties to China.

Rather than turning a spotlight on China, the joint statement reiterated broad key principles of US-Asean cooperation, including "mutual respect for the sovereignty, territorial integrity, equality and political independence of all nations ... and a shared commitment to peaceful resolution of disputes."

It also reaffirmed "a shared commitment to maintain peace, security and stability in the region, ensuring maritime security and safety, including the rights of freedom of navigation and overflight." China claims most of the South China Sea, but Asean members Malaysia, the Philippines, Brunei and Vietnam have rival claims.

Fox News, citing civilian satellite imagery, reported on Tuesday that the Chinese military had deployed an advanced surface-to-air missile system to one of its contested islands in the South China Sea. 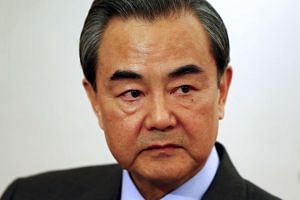 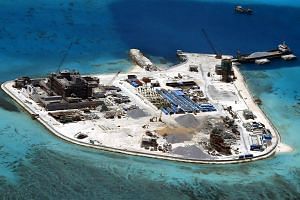 The United States has criticised China's building of artificial islands and facilities in the sea and has sailed warships close to disputed territory to assert the right to freedom of navigation.

China accused Washington of seeking maritime hegemony through such patrols.

Mr Obama said freedom of navigation "must be upheld, and lawful commerce should not be impeded," and added the United States would "continue to fly, sail and operate wherever international law allows, and ... support the right of all countries to do the same."

He also said that Washington would continue to help allies and partner countries strengthen their maritime capabilities.

Mr Obama said the two sides made progress on trade and investment and had agreed to launch a new effort to help all Asean nations meet the criteria of the Trans Pacific Partnership trade deal, of which four are so far members along with the United States.

At the news conference, Mr Obama announced an initiative, dubbed US-Asean Connect, which he said would involve a network of hubs across the region to better coordinate economic engagement.