WASHINGTON - New York governor Andrew Cuomo has called the powerful explosion that injured 29 people in a bustling downtown district "an act of terrorism", but said no link to international groups had been found.

No one has claimed responsibility for Saturday night's blast on a busy thoroughfare packed with eateries that the city's mayor Bill de Blasio initially called an "intentional act".

A second device was found four blocks from the blast site.

Mr Cuomo said yesterday that significant damage had been caused and "we were lucky there were no fatalities".

The governor added that an additional 1,000 security personnel were being deployed to beef up security at transport hubs.

The explosive device is believed to have been placed in a construction site dumpster. The second device, from photos shared on social media, resembles a pressure cooker - reminiscent of the one used in the 2013 Boston Marathon bombing.

Many have heard of the attack in New York... We may not be able to prevent an attack but we need to think about how we respond to an attack. There is a national-level emergency response but there is also the constituency response. How do we cut out the rumours, how do we get information across - a lot depends on local grassroots leaders. 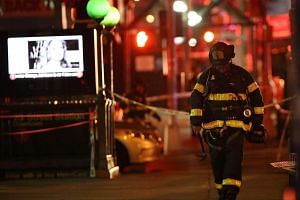 'The ground was shaking. I was scared to go outside.' 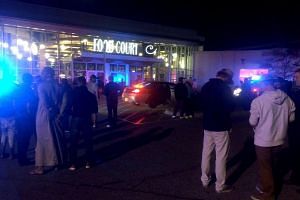 But many wondered about the timing of the blast, coming days before the United Nations General Assembly meetings and a week after New York marked the 15th anniversary of the Sept 11 coordinated attacks, when Al-Qaeda terrorists sent two planes crashing into the World Trade Center's twin towers.

Witnesses on Saturday night described a loud bang that shook buildings all along the street.

Ms Deborah Griffith, a Manhattan native in her 50s, told the New York Daily News that the blast looked like a volcano.

"It was red, orange in the middle. It was a circle of fire. The whole block shook," she said.

Just hours earlier, a pipe bomb went off in a rubbish bin along the route of a charity race on the Jersey Shore, about a 11/2-hour drive from New York City. No one was injured but the event was cancelled.

Separately in Minnesota state, a man was shot dead by police after he stabbed eight people in a shopping mall. He reportedly asked at least one of the people if they were Muslim before the attack.

The incidents raise concerns of terrorism less than two months before the US presidential election and as world leaders gather in New York City for the 71st session of the UN General Assembly.

Singapore Foreign Minister Vivian Balakrishnan is now in New York till Sept 28 for the meetings.

A Ministry of Foreign Affairs statement yesterday said there are no reports of Singaporeans injured and urged those who are in New York City to be vigilant and heed the instructions of the local authorities.

The New York blast made an instant impact on the presidential campaign, with both candidates addressing the issue.

The White House said in a brief statement that President Barack Obama had been informed and would "be updated as additional information becomes available".