WASHINGTON • The US military is expecting to repatriate from North Korea the remains of as many as 55 soldiers who were killed during the Korean War, a US official said yesterday.

The repatriations would likely take place next week or the week after, the official said. It would be the first time that the remains believed to be of US troops have been directly returned by North Korean officials in 13 years.

The official, who spoke on condition of anonymity, cautioned that the timing and the number of remains could still change.

Citing practical difficulties, the official said 55 was a "ballpark" figure and that it would require further testing by the Defence POW/MIA Accounting Agency to confirm the number.

Stars and Stripes newspaper had first reported yesterday that an American delegation had agreed to travel to North Korea and retrieve the remains, citing a US official.

The US team would then fly out with the remains on July 27, either to Osan Air Base in South Korea or to Hawaii.

July 27 is the 65th anniversary of the signing of an armistice that ended the Korean War, lending the date symbolic importance in US-North Korea relations. US military data suggests that 7,700 troops remain unaccounted for from the 1950-53 conflict.

US military data suggests that 7,700 troops remain unaccounted for from the 1950-53 conflict.

The US and North Korea have repatriated hundreds of remains since the 1990s, but the process has been fraught with difficulties and mistrust.

The US and North Korea have repatriated hundreds of remains since the 1990s, but the process has been fraught with difficulties and mistrust. The transfers of remains were halted during the administration of president George W. Bush in 2005, following diplomatic tension between the two nations.

After their June 12 summit in Singapore, US President Donald Trump and North Korean leader Kim Jong Un had agreed to restart the repatriation process and both signed a statement promising the "immediate repatriation of those already identified".

On June 21, Mr Trump told a crowd of supporters that 200 Americans' remains "have been sent back". Military officials later denied this, but said that pre-arrangements for the transfer had been made - including the storage of 100 caskets at the Demilitarised Zone (DMZ). 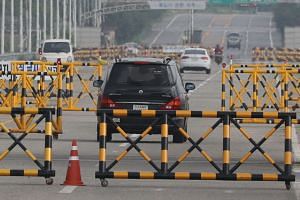 North Koreans did not show up at US war dead talks

Last Thursday, a US military delegation expecting to discuss the repatriation process had been left waiting at the Korean peninsula's DMZ when their North Korean counterparts did not arrive for a meeting.

The State Department later said the North Korean side had been in contact at midday to cancel that meeting on Thursday and had suggested rescheduling to Sunday. US military officials met their North Korean counterparts on Sunday to discuss the repatriation.

In a statement, Secretary of State Mike Pompeo said the talks were "productive and cooperative and resulted in firm commitments". The meeting was followed by another working-level meeting on Monday to work out the next steps.

The US and North Korea have also agreed to restart efforts to search for the remains of other Americans in the northern part of the peninsula, according to the State Department.