CHARLOTTESVILLE (NYTIMES) - A melee broke out at the Charlottesville City Council meeting on Monday (Aug 21) night, as activists and residents angrily took over the council chambers and criticised the city's response to a white supremacist gathering here that left a local woman dead.

It was the council's first meeting since the Aug 11 and 12 rallies that brought hundreds of white supremacists to Charlottesville.

White and black residents alike were furious with the police response to the demonstrations, and they faulted officers for not engaging during repeated scuffles. A woman, Ms Heather Heyer, was killed when a man drove into a crowd.

The meeting started out without incident, but soon several residents began shouting down city officials for allowing the Aug 12 "Unite the Right" rally to take place. When police officers forcibly removed three people from the council meeting, the 100 or so people at the meeting broke out into furious chants, screaming "Shame" and "Shut it down!"

No injuries were reported.

Two people stood on the dais and unfurled a banner with the words "Blood on your hands!" as council members and the mayor left the room.

The residents refused to cede control of the room until the authorities promised to release the residents who had been taken away and let people have their say.

Councilman Wes Bellamy, the only African-American on the council, was the only member of the council who remained. He negotiated with residents to restore order to the room in exchange for the regular agenda being scrapped and each person getting one minute to speak.

One 35-year resident, Ms Gail Weatherall, called for a citizen-led review of the weekend's events and the city's response.

Several speakers criticised the council for not having heeded warnings to avoid the protest, and promised to vote them out of office. But city officials stressed that they had tried to deny the white supremacist rally, but a federal court ruled in the protest organisers' favour.

"We tried really hard," Mayor Mike Signer said after the meeting resumed and other council members returned. "A federal judge forced us to have that rally downtown."

His account was met with jeers, and the shouting continued. 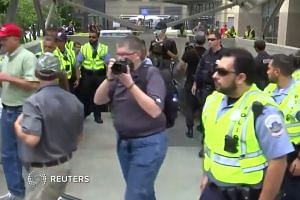 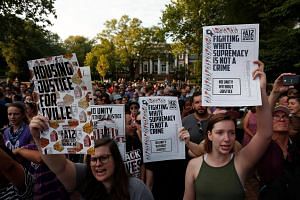 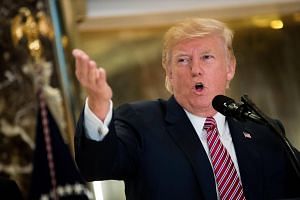 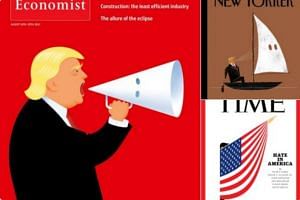 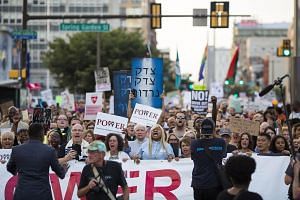 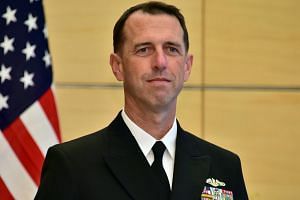