Cauliflower rice is made by briefly pulsing the vegetable in a food processer. Unlike rice, which needs at least 10 minutes to cook, cauliflower rice can be cooked in just three minutes. Furthermore, with health trends extolling the values of cutting down on carbohydrates - rice has up to 25.5 times as much carbohydrates as the same amount of cauliflower rice - health-conscious folk are eagerly chasing this new trend.

An online search shows that the product is unavailable in major Singapore supermarkets such as Sheng Siong, Cold Storage and NTUC FairPrice.

The US rice industry, as can be expected, is not too happy with anything that threatens their market share. And a rice lobby group said in a May 11 statement: "Vegetables that have gone through a ricer are still vegetables, just in a different form."

It continued: "Only rice is rice, and calling 'riced vegetables', 'rice', is misleading and confusing to consumers."

But as Quartz reported, some within the rice industry benefit precisely because of lax definitions. Plant-based food companies that produce milk alternatives, such as soy, almond and, yes, rice, have drawn the anger of milk farmers who think they should be banned from marketing their products as milk. 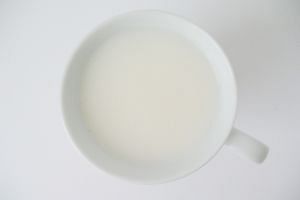 Requesting the US Food and Drug Administration to tighten the definition of rice could therefore hit the rice milk producers.

This has the unfortunate side-effect of making the rice industry appear mildly schizophrenic.

While the battle over rice's identity continues to rage, players in the cauliflower rice market appear unfazed. US judges have already dismissed at least two cases that tried to prevent companies from using the word "milk" when advertising soy milk, reported Quartz.

Said Plant Based Foods Association executive director Michele Simon to the publication: "Just as with milk, no one owns the word 'rice'."