WASHINGTON (AFP) - Mr Stephen Bannon, chief strategist of President-elect Donald Trump, is praised by some as the general behind the upset election victory and a brilliant tactician, but slammed by others as a bigoted extremist, racist and anti-Semite.

The 62-year-old executive chairman of conservative news platform Breitbart - on leave to work for Mr Trump - was seen by some as the intellectual driver behind the campaign's decision to rail against a "global power structure" opposed to American values - a favourite theme of nationalist conspiracy-mongers.

Mr Trump's camp, however, reject any suggestion that Mr Bannon is a bigoted extremist.

But it was his record at Breitbart that brought him to the Trump campaign - and it is that record that is under scrutiny now that he has a key role in the West Wing, in daily contact with Mr Trump.

Rights group the Anti-Defamation League describes Breitbart as the "premier website of the Alt Right - a loose-knit group of white nationalists and unabashed anti-Semites and racists".

And, according to leading civil rights watchdog the Southern Poverty Law Centre, "Bannon was the main driver behind Breitbart becoming a white ethno-nationalist propaganda mill". 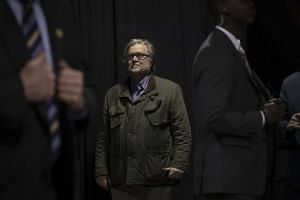 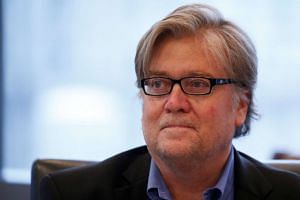 The so-called Alt Right is a diffuse movement that rejects the mainstream conservatism of the Republican Party and what it sees as the political correctness of the media and political elite.

Breitbart is a favourite Alt Right news source and on Monday, its top trending story - with 1,000 comments per hour - was "Trump names Steve Bannon as White House chief strategist".

Alt Right supporters were concerned that Mr Trump had chosen Republican insider Reince Priebus as his chief of staff but reassured that Mr Bannon would be on hand to prevent a swing towards moderation.

"Strategist is the best possible position for Steve Bannon in the Trump White House," gloated Mr Richard Spencer, president of the so-called National Policy Institute (NPI) and a star of the Alt Right movement.

The NPI is "dedicated to the heritage, identity, and future of people of European descent in the United States" and Mr Spencer marked Mr Trump's victory last week by tweeting: "The Alt Right just won!"

Mr Trump does not publicly associate himself with the Alt Right and an outraged Ms Conway was "personally offended" at the idea that she or any of the roughly 60 million Trump voters would support its ideas.

But Mr Bannon's reputation was well known when Mr Trump chose him as his right-hand man, and the President-elect's opponents were quick to condemn the appointment as a sop to dangerous bigots.

A spokesman for Senate Democratic leader Harry Reid said: "President-elect Trump's choice of Steve Bannon as his top aide signals that white supremacists will be represented at the highest levels in Trump's White House."

Some conservatives were also offended.

Political consultant John Weaver, who worked on the defeated presidential runs of Senator John McCain in 2000 and 2008 and Governor John Kasich this year, warned: "The racist, fascist extreme right is represented footsteps from the Oval Office."

And defeated outsider candidate Evan McMullin demanded that national conservative leaders condemn the appointment of an "anti-Semite". Critics have also pointed to testimony submitted during Mr Bannon's child custody battle with his ex-wife, as reported in the New York Daily News, which allege he did not want his daughters going to a school with "too many Jews".

After making his name at Goldman Sachs during the 1980s boom years, Mr Bannon founded his own investment bank before selling it to Societe Generale in 1998 and going on to be a Hollywood producer.

Some of his projects were standard entertainment fare, but political documentaries that he produced on late president Ronald Reagan, populist darling Sarah Palin and the Tea Party movement brought him into right-wing circles.

He became an investor in Mr Andrew Breitbart's eponymous media venture - focused around a site designed to buck what its founder saw as the progressive left's grip on the news agenda.

Democrats and liberals were in the site's crosshairs, but mainstream Republican lawmakers also felt its lash, accused of failing to stand up strongly enough to President Barack Obama.

Breitbart died in 2012 and Mr Bannon took over. The site, which had been the ultimate outsider force, latched on to the Trump phenomenon and helped drive its figurehead to the White House.

Now, on the threshold of the Oval Office and with a mandate from Mr Trump to "drain the swamp" of Washington corruption, the ultimate outsider will become one of the most powerful insiders on the planet.