NEW YORK (BLOOMBERG) - Huawei Technologies pleaded not guilty on Thursday (March 14) in New York to federal charges that the company defrauded at least four banks by concealing business dealings in Iran in violation of US sanctions.

The plea by China's largest smart-phone maker and a US subsidiary, Huawei Device USA, marks the formal start of the company's defence in the US case.

Huawei attorney James Cole, part of a legal team that includes two former prosecutors, declined to comment further after the hearing in federal court in Brooklyn.

Meng Wanzhou, Huawei's chief financial officer, who is also charged in the case, was not in court. She remains free on bail in Vancouver while she fights extradition to the US, arguing the charges are politically motivated.

Meng, who is the daughter of the company's billionaire founder, was arrested by Canadian authorities in December at the request of US prosecutors.

In a 13-count indictment unsealed Jan 28, prosecutors allege Huawei employees, including Meng, lied since 2007 about the company's relationship with Skycom Tech, which operated in Iran. Huawei and Meng falsely claimed Skycom wasn't an affiliate, according to the government, which filed charges including conspiracy, wire fraud and bank fraud.

Huawei is accused of using Skycom to violate a decades-old ban on doing business with Iran, including repeatedly lying to the US and even to Congress regarding whether its business in Iran violated any American sanctions.

Skycom is also a defendant in the case, but no arraignment date has been set. Prosecutor David Kessler said the government has tried to serve the company with a copy of the indictment, adding, "given the publicity of this case, they may already be aware. We're working on it."

US prosecutors allege Meng defrauded banks when she personally made a presentation in August 2013 to an executive of one of Huawei's major banking partners in which she repeatedly lied about Huawei's relationship with Skycom.

Earlier this month, Meng sued Canadian authorities alleging wrongful detention. At a bail hearing in Vancouver, one of her lawyers, David Martin, disputed the US interpretation of the 2013 meeting, noting that sanctions laws are complex and had changed over time. 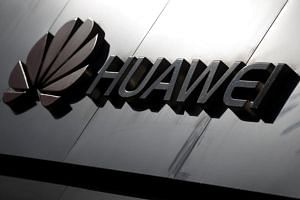 US warns Germany a Huawei deal could hurt intelligence sharing

Evidence presented by Canadian lawyers on behalf of American prosecutors didn't make a case that Meng broke US or Canadian law, Martin said.

Huawei's next court date will be April 4.

Prosecutors were alerted to the matter by HSBC Holdings when the bank flagged possible misrepresentations about Huawei's business in Iran and ended its relationship with the company in 2017. More than US$100 million (S$130 million) was cleared through correspondent banks in New York City and in Europe, according to the US.

Upon becoming aware of the US investigation, Huawei and its American unit then tried to obstruct the investigation by trying to move witnesses who knew about its Iran-based business back to China, beyond the jurisdiction of the US, according to prosecutors.

The sanctions were imposed after the Iranian revolution that toppled the Shah in 1979 and led to the seizing of American hostages in the US embassy.

After news articles in 2013 alleged Huawei used Skycom to do business in Iran and had tried to import American-made computer equipment, the US says Meng lied to HSBC about the true relationship between the company and Skycom. Speaking through an English interpreter, Meng presented PowerPoint slides in August of that year and falsely said Huawei operated in compliance with US sanctions and said she was no longer on Skycom's board.

At the time, HSBC was under investigation for violating US sanctions involving Iran and later got a deferred prosecution agreement with the Justice Department and federal prosecutors in Brooklyn.

Huawei said it wasn't aware of any wrongdoing by the CFO and that authorities in both countries will "ultimately reach a just conclusion." Meng's father, Ren Zhengfei, founded Huawei and is a confidante of China's President Xi Jinping.

The case is an unprecedented bid by American authorities to hold a senior Chinese executive accountable for sanctions violations, though it also threatens to undermine talks designed to end a trade war between the US and China. Meng could face up to 30 years in prison if convicted in the US.