NEW YORK (NYTIMES) - Nancy Salzman was known to her followers as "Prefect".

She was a co-founder of Nxivm, a cult-like group near Albany, New York, in which women were branded with the leader's initials and forced to have sex with him, federal prosecutors say.

On Wednesday (March 13), Salzman is expected to plead guilty to charges including possibly those contained in a federal racketeering indictment filed last year against six people in the group, including the former leader, Keith Raniere, a government official and a lawyer familiar with the case said.

Salzman, a former psychiatric nurse, helped Raniere found the group in the 1990s.

In addition to being accused of being part of a criminal enterprise, she was specifically charged with identify theft and altering records to influence the outcome of a lawsuit against the organisation.

On Tuesday, prosecutors filed a notice of a "criminal cause for pleading" for Salzman in a Brooklyn federal court, an indication that Salzman would enter a plea the following day.

A government official, who spoke on the condition of anonymity in order to discuss private plea negotiations, confirmed she had agreed to plead guilty but declined to give details.

Another lawyer involved in the Nxivm case, speaking on the condition of anonymity in order to discuss confidential plea negotiations, said that he had been informed that Salzman would plead guilty.

Her intention to enter a guilty plea was first reported on Tuesday by The New York Post.

A guilty plea by Salzman would be significant given her high position within Nxivm (pronounced Nex-ee-um).

Others charged in the case include Salzman's daughter, Lauren Salzman; Clare Bronfman, an heiress to the Seagram's liquor fortune; and an actress, Allison Mack, best known for her role in the television series, Smallville.

An indictment filed last July charged the defendants with a variety of crimes, including racketeering, identity theft, money laundering, sex trafficking and extortion.

The federal investigation into Nxivm started after The New York Times published an article in late 2017 detailing how women seeking to join a secret sorority within the group were branded on their hip with a symbol that contained Raniere's initials. 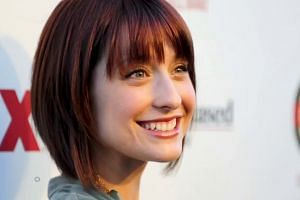 US 'sex slave guru' who branded victims nabbed in Mexico

In addition, women had to provide personal secrets as "collateral" to join the sorority and were warned that the damaging or embarrassing information would be made public if they revealed the sorority's existence.

Federal authorities described Raniere, known to his followers as "Vanguard", as the ultimate master of the sorority.

They charged in a criminal complaint that women were forced to have sex with him because they feared that their personal secrets would be released if they refused.

For her part, Nancy Salzman worked closely for two decades with Raniere and developed the behavioural programmes that formed the basis of Nxivm, former members have said.

Beginning in the late 1990s, an estimated 16,000 people enrolled in courses offered by Nxivm, which said they were designed to bring greater self-fulfilment by eliminating psychological and emotional barriers.

Most participants took a few workshops but others were deeply drawn into the group, giving up careers, friends and families in order to move to the Albany area.

It was only after they left Nxivm, several former members have said, that they realised it operated as a cult.

Last March, Raniere was arrested in Mexico, where he had gone after the federal inquiry started.

Nxivm has since shuttered its operations. The trial of the remaining defendants in the federal case is scheduled to begin in late April.