WASHINGTON • Financial leaders from the Group of 20 (G-20) nations said they were heartened by a recent recovery in financial markets, but warned that global growth was "modest and uneven" and threatened by weakness in commodities-based economies.

In a communique issued after their meeting in Washington last Friday, G-20 finance ministers and central bank governors repeated their pledge to refrain from competitive currency devaluations, but offered no new initiatives to keep growth from stalling.

The G-20 officials took a slightly more positive view on financial markets, which they said had mostly recovered from sharp sell-offs earlier this year and were in better shape since they last met in Shanghai in February.

"However, growth remains modest and uneven, and downside risks and uncertainties to the global outlook persist against the backdrop of continued financial volatility, challenges faced by commodity exporters and low inflation," they said.

The communique also pointed to Britain's possible exit from the European Union, geopolitical conflicts, terrorism and refugee flows as complications for the global economic landscape. 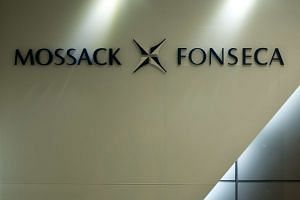 It repeated G-20 pledges to "use fiscal policy flexibly" to strengthen growth, job creation and confidence. "There's not a one-size-fits- all answer" to boost growth, United States Treasury Secretary Jack Lew told a news conference, adding that each country must decide for itself how best to apply structural reforms, monetary policy and fiscal spending.

The meetings also coincided with weakness in a number of key commodity-based economies, particularly Brazil, which is enduring its worst recession in decades.

The G-20 officials also took a step toward denying tax evaders and money launderers around the world the ability to hide behind anonymous shell companies.

Acting in the wake of the Panama Papers scandal, the finance chiefs supported proposals requiring authorities to share the identities of shell companies' real owners. They also backed creating a blacklist of international tax havens that do not cooperate with information- sharing programmes.

Making the beneficial owners of companies, trusts and foundations transparent "is vital to protect the integrity of the international financial system", the finance ministers and central bank governors said.

Doing so is important "to prevent misuse of these entities and arrangements for corruption, tax evasion, terrorist financing and money laundering".

The declaration came hours after the Panama Papers scandal claimed another victim. Spain's industry minister Jose Manuel Soria resigned last Friday over allegations that he had links to offshore companies. Files from the leaked document trove of Panama law firm Mossack Fonseca showed he was an administrator of an offshore firm in 1992.

He was just the latest in a number of powerful officials, including the leaders of Russia, Iceland, Britain and Argentina, linked by the Panama Papers to offshore tax havens.