WASHINGTON (AFP) - A “full investigation” is under way into a deadly bombing at a hospital in the Afghan city of Kunduz, Defence Secretary Ashton Carter said Saturday, amid wide speculation that the incident was the result of a US air strike.

Carter said that “US forces in support of Afghan Security Forces were operating nearby, as were Taleban fighters.”

The bombing killed 16 people, including nine staff from the Doctors Without Borders nonprofit, known by its French acronym MSF. 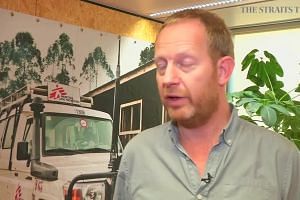 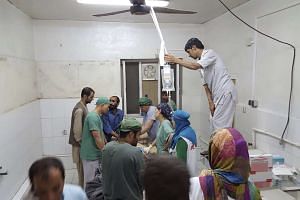 Dozens more were seriously wounded at the facility, a key lifeline that has been running “beyond capacity” during fighting that saw the Taleban seize control of the northern provincial capital for several days.

The Pentagon gave no further details on the circumstances surrounding the bombing.  But according to one US official, the investigation will focus on the role played by a US AC-130 gunship, an aircraft that can target tanks and ground targets with powerful guns.

General John Campbell, the commander of Nato forces in Afghanistan who oversees 13,000 US and allied troops, has dispatched a “general in Kunduz to conduct a full investigation,” the US official told AFP.

According to the official, the AC-130 aircraft opened fire to defend US special forces embedded in an advisory and training capacity with Afghan special forces in Kunduz

"In the context of their mission they were coming under fire from different Taleban positions” the official said, adding that “the AC 130 returned fire.”

For the moment, however, “we are not sure what happened,” the official added.

In his statement Saturday, Carter said that “a full investigation into the tragic incident is under way in coordination with the Afghan government.”

Carter added that the United States would “continue to work with our Afghan partners to try and end the ongoing violence in and around Kunduz.”

The early Saturday strike left the building engulfed in flames, with photos posted by MSF showing its staff shocked and dazed.

The charity said the bombing continued for more than 30 minutes after US and Afghan military officials were first alerted that the hospital was being hit.

Nato conceded that US forces may have been behind the strike but has not so far commented on the specific claims of MSF, which has long treated the war-wounded from all sides of the conflict.