NEW YORK • Concerns have been mounting over the reliability of the Boeing 737 Max 8 following two recent crashes.

Here are four key questions related to the debate over whether the aircraft is safe to fly:

WHY ARE REGULATORS SPLIT ON THE PLANE'S AIRWORTHINESS?

The global aviation authorities usually work together when a plane crashes, taking cues from the country where the plane was manufactured. But in the case of the Ethiopian Airlines crash which killed 157 people, Ethiopia, China and Indonesia grounded the planes first without waiting for the United States to take the lead, followed by a range of countries, including Australia and Singapore, on Tuesday.

"This is more of a public relations setback," CFRA Research aviation analyst Jim Corridore told the Financial Times, pointing out that many of the countries suspending B-737 Max 8 flights, such as Australia and Singapore, had only a small fleet of the plane.

Other aviation experts said that the bans are only temporary and could be lifted once more is known about the Ethiopia crash, with FAA personnel already investigating the disaster.

HAS AUTOMATION OF AIRCRAFT GONE TOO FAR?

Flying is less dangerous than it used to be, thanks to the use of automation on the flight deck, but following last October's Lion Air crash in Indonesia, a debate was rekindled over whether pilot expertise has been eroded by a reliance on automatic systems.

"Automation has been extremely beneficial and will continue to be so, but it should be in conjunction with the pilots," said Mr John Strickland of JLS Consulting, an independent air transport consultancy. 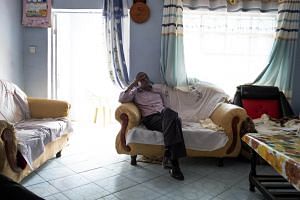 "Algorithms can't work out every eventuality," he told the Financial Times.

In the case of the Lion Air crash, a preliminary report found that the new automated stall prevention feature on the Max 8 had kicked in repeatedly during the flight due to a faulty sensor, forcing the plane into a dive.

Pilot associations said they had been unaware that the system could force down the nose of a plane even if it was being flown manually, and were also oblivious to a switch that could be used to turn the feature off.

Boeing says it has been working on a flight control software update ever since the Lion Air crash.

HOW LONG WILL IT TAKE TO FIX THE SOFTWARE?

The US Federal Aviation Administration has directed Boeing to have a software fix in place for the automated anti-stall system on the B-737 Max 8 by next month, and the manufacturer has said the update will be ready in weeks.

The fix will involve using two sensors to feed data to the anti-stall system instead of one, and will take one hour per plane to patch.

However, it is still unclear whether the Ethiopian Airlines crash was due to the same cause as the Lion Air tragedy.

HOW LONG WILL THE BANS LAST?

The duration of the bans will depend on the cause of the crash in Ethiopia and how quickly information is garnered from the plane's black box and investigations at the crash site.

Investigators will focus in particular on whether the Lion Air crash and the Ethiopian Airlines tragedy had the same cause.

The Lion Air crash, which killed 189 people, was believed to have been caused by the automated flight control system on the Max 8, which forced the plane to dive even as the pilots attempted to pull up.

Ethiopian Airlines chief executive Tewolde GebreMariam told CNN the pilot reported "flight control problems" before the crash. However, it was unknown if these problems were similar to what was experienced by the Lion Air plane.

MIT International Centre for Air Transportation director John Hansman said witness reports of smoke and debris emanating from the Ethiopian Airlines plane before it slammed into the ground suggest that the crash was on account of a cargo fire or engine failure rather than the same issue that downed the Lion Air flight.