WASHINGTON (BLOOMBERG) - The FBI hasn't interviewed Supreme Court nominee Brett Kavanaugh or Christine Blasey Ford because it doesn't have clear authority from the White House to do so, according to two people with knowledge of the matter.

Instead, the White House has indicated to the FBI that testimony from Kavanaugh and Ford, who has accused him of attempting to rape her when they were in high school, before the Senate Judiciary Committee last week is sufficient, said the people, who asked to not be identified discussing the sensitive matter.

It wasn't immediately clear whether the Federal Bureau of Investigation is trying to force the issue and seek explicit approval from the White House to interview Ford and Kavanaugh. And it wasn't clear why the FBI hasn't yet talked to other people who have been recommended by lawyers or who have voluntarily come forward - or if the bureau would need explicit approval to talk with them as well.

Confusion has now beset the investigation, fed by conflicting signals over what constraints have been placed on the bureau despite President Donald Trump's comment Monday that "the FBI should interview anybody that they want, within reason."

In the absence of a resolution about interviewing more people, the FBI could close the probe as early as Wednesday (Oct 3) and submit its findings to the White House, the people said.

The FBI declined to comment on the investigation or its timing.

A White House official, who spoke on condition of anonymity, said the White House views the FBI inquiry as a supplemental background investigation, with its scope limited to the sex-assault allegations. 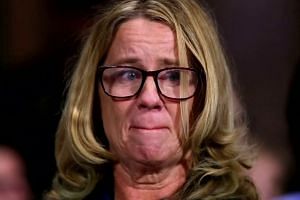 That suggests its view is that agents don't need to go back over ground already covered by last week's Senate Judiciary hearing or delve into allegations about Kavanaugh's past drinking habits that may contradict his testimony.

The White House official said they are following guidance from the Senate Judiciary Committee on the scope of the investigation.

On Monday, three days into the probe, the White House gave the FBI approval to interview more people, but the bureau is still constrained by an initial directive to investigate only credible allegations of sexual misconduct, the person said. Those restrictions are still limiting the number of people the bureau can interview and agents have only talked to a small number of individuals, the person said.

FBI field offices also lack a clear understanding of what they can do when people come forward voluntarily with information that could be relevant to the investigation, the person said.

FBI director Christopher Wray is documenting what is happening behind the scenes in order to help ensure the bureau's activities in the politically charged investigation are captured and perhaps made public one day, the person said.

On the Senate floor on Wednesday, Majority Leader Mitch McConnell said he had accurately predicted earlier that Democrats would say that the "supplemental background investigation for which my friends had clamored would suddenly become insufficient."

"It's time to put this embarrassing spectacle behind us," said McConnell, who reiterated his plan to hold at least a preliminary vote on Kavanaugh's confirmation this week.

Senate Minority Leader Chuck Schumer said, "We have no idea if the FBI is doing a real investigation or simply preparing a fig leaf at the direction of the White House for Republicans to vote yes."

Regarding Wray, Schumer of New York said, "If he's being constrained by the White House, he has an obligation to let us know."