WASHINGTON (REUTERS) - Former FBI director James Comey on Sunday (Dec 2) withdrew his bid to quash a congressional subpoena compelling him to testify in secret about the bureau’s decisions on investigations ahead of the 2016 presidential election, his lawyer said.

Mr Comey agreed to sit down for a closed-door deposition on Friday.

Republicans on the United States House of Representatives Judiciary Committee pledged to provide Mr Comey with a full transcript within 24 hours of his testimony, and he will be permitted to “make any or all of that transcript public”, Mr Comey’s lawyer David Kelley told Reuters in a statement.

In addition, a representative from the FBI will attend to help advise Mr Comey on what matters related to the bureau he may divulge.

Mr Comey and the Republican lawmakers reached the new agreement the day before lawyers were to appear at a court hearing.

Earlier on Sunday, committee chairman Bob Goodlatte said he expected Mr Comey to drop the legal challenge. A judge had been set to issue a ruling on Mr Comey’s request to quash the subpoena and halt congressional proceedings – a request that has never previously been granted by a judge in the US.

At the heart of the case is whether the panel should be able to force Mr Comey to testify in secret about the FBI’s investigations into former Secretary of State Hillary Clinton’s use of a private e-mail server and whether President Donald Trump’s campaign colluded with Russia.

The Republican-led inquiry has been lambasted by Democrats as a partisan effort to undermine Special Counsel Robert Mueller’s investigation into Russian interference in the 2016 US election. 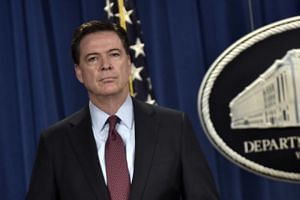 Mr Comey, who was fired by Mr Trump in May 2017, is seen as an important witness into whether Mr Trump tried to obstruct the special counsel’s investigation. Republicans have said the FBI is biased against Mr Trump, pointing to Mr Comey’s decision to publicly announce that the FBI would not bring charges against Mrs Clinton.

They have also claimed that the FBI made missteps when it applied for a warrant to place former Trump campaign adviser Carter Page under surveillance.

A Justice Department inspector general report earlier this year criticised Mr Comey for his handling of the Clinton matter, but said he did not exhibit political bias.

Mr Kelley argued in court last Friday that Republicans are violating US House rules by not holding a public hearing where all committee members can ask questions. Mr Kelley accused lawmakers of pushing for a closed hearing so they can selectively leak portions of Mr Comey’s testimony to undermine Mr Mueller’s investigation into Russian interference in the election.

But Mr Thomas Hungar, a lawyer for the US House of Representatives, said a 1975 Supreme Court case known as Eastland v US Servicemen’s Fund made it clear that the Speech or Debate Clause in the US Constitution provides for complete immunity for the issuance of such subpoenas.

The Republican-led inquiry into the FBI will be shuttered in the coming weeks, as Democrats prepare to take over control of the House of Representatives in January, having won the majority in November’s congressional elections.

The Republicans have little time to wrap up their inquiry and produce a report. Former attorney-general Loretta Lynch, who was in office in 2016, was also subpoenaed and ordered to appear this week for closed-door testimony. A representative for Ms Lynch declined to comment last Friday when asked about the subpoena.