In a conference call with reporters Wednesday (Nov 16) night, aides named more than a dozen people who are either candidates for jobs in the Trump administration or were meeting with Trump to provide advice.

The list includes South Carolina Governor Nikki Haley, who once said Trump represented "everything a governor doesn't want in a president" but more recently has said she looks forward to working with a Republican president and Congress.

Trump spokesmen Sean Spicer and Jason Miller did not specify to reporters on the call which people were under consideration for administration posts as they named those who met with Trump in New York on Wednesday and are scheduled to visit on Thursday.

They said they intend to start giving reporters daily briefings about the transition's progress and the president-elect's schedule. 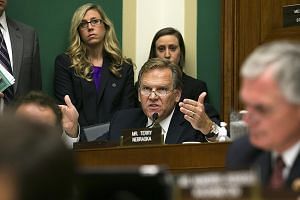 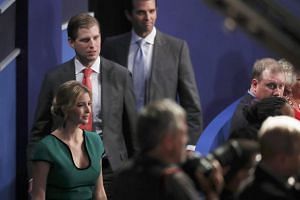 The transition team has been the subject of news reports about shakeups that have slowed the progress of building the new administration. Trump last week replaced the head of his transition team, New Jersey Governor Chris Christie, with his Vice President-elect Mike Pence, and ousted several other transition members.

Spicer said appointees will be required to sign paperwork banning them from lobbying for five years after they leave government.

Trump is seeking to prevent people from using service in government to "enrich themselves", Spicer said.