WASHINGTON (REUTERS) – Senate Republicans announced plans to vote next week on their latest bid to scuttle Obamacare even as a popular comedian who has become part of the US health-care debate denounced the Bill and former President Barack Obama on Wednesday warned of “real human suffering.”

President Donald Trump endorsed the legislation on Twitter. But Republicans and the White House were on the defensive after Jimmy Kimmel used his late-night TV show to blast the proposal and call Republican Senator Bill Cassidy, one of its two sponsors, a liar.

“This guy, Bill Cassidy, just lied right to my face,” Kimmel said on his show on Tuesday night, referring to the senator who since May had touted a “Jimmy Kimmel test” of standards any Obamacare replacement would need to possess.

Senate Majority Leader Mitch McConnell, who had been noncommittal on Tuesday about scheduling a vote on the proposal, now intends to bring it to the Senate floor for consideration next week, his spokesman, David Popp, said.

Republicans are using the Bill that Cassidy is sponsoring with fellow Senator Lindsey Graham to make one last push this year to pass legislation to dismantle the 2010 Obamacare law, a goal of theirs for seven years, and set a Sept 30 deadline.

It remained unclear whether the Bill, opposed by leading medical advocacy groups and hospitals as well as Democrats, can attract the 50 votes needed for passage in the 100-seat Senate that Republicans control 52-48, with Vice-President Mike Pence ready to cast a tie-breaking vote. Previous Republican Bills failed in July. 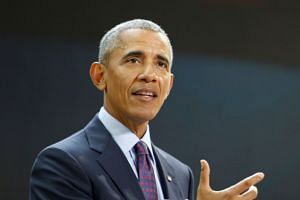 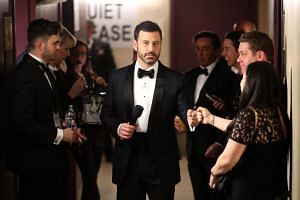 In a speech in New York coinciding with the gathering of world leaders at the United Nations this week, Obama defended the Affordable Care Act, the 2010 law dubbed Obamacare that has expanded medical insurance to 20 million Americans.

“So when I see people trying to undo that hard won progress for the 50th or 60th time, with Bills that would raise costs or reduce coverage or roll back protections for older Americans or people with pre-existing conditions... it is aggravating,” Obama said.

“And it’s certainly frustrating to have to mobilise every couple of months to keep our leaders from inflicting real human suffering on our constituents.”

Obamacare was Democrat Obama’s signature legislative achievement. Republican Trump made its demise one of his most repeated campaign promises.

Cassidy defended the new Bill, which would divvy up healthcare money as block grants to states, let them opt out of certain Obamacare consumer protections and waive requirements that insurers cover certain benefits. It also would end an expansion of the Medicaid programme for the poor and disabled.

Kimmel entered the health-care debate after revealing on his show in May that his newborn son had undergone life-saving emergency surgery for a congenital heart condition and pleaded that no family be denied medical care because they cannot afford it.

Cassidy appeared that month as a guest on “Jimmy Kimmel Live!”

“He said he would only support a health-care Bill that made sure a child like mine would get the health coverage he needs no matter how much money his parents make,” Kimmel said on Tuesday.

“Stop using my name, OK? Because I don’t want my name on it. There’s a new ‘Jimmy Kimmel test’ for you. It’s called the lie detector test. You’re welcome to stop by the studio and take it any time,” he said to cheers from his audience.

Cassidy gave a measured response to Kimmel’s remarks, telling reporters on Capitol Hill, “It was a personal attack and I can’t help that.”

But Graham blasted the comedian. “I bet you he never called Senator Cassidy and said, ‘Would you please set this straight?’” Graham said on Fox News Channel’s “Fox & Friends” show. “I bet he looked at some liberal talking point, bought it hook, line and sinker, and went after Bill Cassidy without talking to him. And I think that’s unfair.”

Cassidy, a gastroenterologist who represents Louisiana, said his proposal would protect people who are already ill, although it does let states waive an Obamacare mandate that insurers cannot charge people who have pre-existing medical conditions more than those who are healthy.

“There is a specific provision that says that if a state applies for a waiver, it must ensure that those with pre-existing conditions have affordable and adequate coverage,”Cassidy said on CNN.

Republicans say Obamacare is an example of government overreach into the health-care system.

In his tweets supporting the Bill as “GREAT,” Trump also took aim at Republican Senator Rand Paul, who has come out against it, calling him “such a negative force when it comes to fixing health care.”

The non-partisan Congressional Budget Committee has not yet assessed the effects of the new Bill. The CBO had found that prior Republican legislation that failed in July would have deprived an estimated 22 million Americans of health insurance.