WASHINGTON (AFP) - At least 250 journalists are jailed around the world, with the largest number held in China, amid a growing crackdown by authoritarian regimes on independent media, a press watchdog group said on Wednesday (Dec 11).

Many of those imprisoned face "anti-state" charges or are accused of producing "false news", according to the report by the New York-based Committee to Protect Journalists (CPJ), which also cited Turkey, Saudi Arabia, Egypt, Eritrea, Vietnam, and Iran for their jailing of journalists.

The press freedom watchdog said it counted at least 48 journalists jailed in China, one more than in 2018, as President Xi Jinping ramps up efforts to control the media.

That put China ahead of Turkey, which has 47 imprisoned journalists - and the largest number over the previous three years.

The report said the situation in Turkey, which had 68 journalists jailed last year, is not really an improvement but "reflects the successful efforts by the government of President Recep Tayyip Erdogan to stamp out independent reporting and criticism".

The CPJ said the Turkish government has shut down more than 100 news outlets and lodged terror-related charges against many of their staff, putting many reporters out of work and intimidating others.

"Dozens of journalists not currently jailed in Turkey are still facing trial or appeal and could yet be sentenced to prison, while others have been sentenced in absentia and face arrest if they return to the country," the committee said.

The report said authoritarianism, instability and protests in the Middle East led to a rise in the number of journalists locked up in the region, with Saudi Arabia on a par with Egypt as the third-worst jailer worldwide, each with 26 imprisoned.

In Saudi Arabia, no charges have been disclosed against 18 of the journalists behind bars, and CPJ expressed concern over reports of "beating, burning and starving political prisoners, including four journalists". 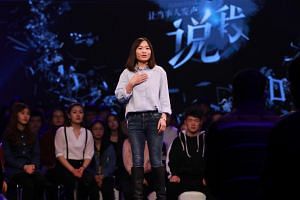 Several of the arrests in Egypt came ahead of protests against corruption in September, which included calls for President Abdel Fattah el-Sisi to resign.

"CPJ believes that journalists should not be imprisoned for doing their jobs," the group said in its report.

It cited the case of Chinese freelance journalist Sophia Huang Xueqin, arrested in October after writing about marching with pro-democracy protesters in Hong Kong.

It also highlighted the case of Egyptian economics reporter Mohammad Mosaed, detained after tweeting during an Internet shutdown intended to suppress news of protests against high fuel prices.

Globally, the number charged with "false news" rose to 30 compared with 28 last year.