Meet the latest viral sensation to befuddle social media - a selfie that 16-year US twins Kaylan and Kyla Mahomes took with their mother in the car.

The catch? Nobody can seem to tell the trio apart, given that they all look equally youthful.

The success of the photo has even led to the twins creating a dedicated Instagram page, @momtwinandme, to show off more photos of the trio.

And in an interview with New York Daily News on Friday (Feb 5), the twins' mother Tina Brown revealed that she's the one on the left, dressed in a black blazer. 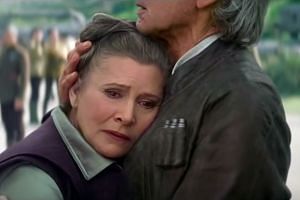 When can a woman stop worrying about how she looks?

"We didn't really expect a random picture from when I was picking up the girls from school would lead to all this," said the 35-year-old hospice nurse, who lives in Indianopolis.

Ms Brown said the response has been "flattering", adding that most people think she's the twins' older sister, or that they're triplets.

Ms Brown said the secret to looking like her daughters lies in eating fruits and vegetables, getting plenty of exercise and drinking lots of water.