SAN FRANCISCO – British data analytics firm Cambridge Analytica is at the centre of controversy in the United States and Britain after two newspapers reported that the company harvested personal data about Facebook users beginning in 2014.

Best known for assisting the 2016 presidential campaign of US President Donald Trump, Cambridge Analytica is now facing a government search of its London office, questions from US state authorities, and a demand by Facebook that it submit to a forensic audit.

Here are five things to know about the firm at the centre of the breach:

1. WHAT IS CAMBRIDGE ANALYTICA?

Cambridge Analytica (CA) is a data analysis firm which claims to "use data to change audience behaviour".

It offers services to businesses and political parties and claims to be able to combine predictive analytics, behavioural sciences, and data-driven advertising technology to equip their clients with the necessary data and insights to drive campaigns.

CA says it has data on 220 million Americans, two-thirds of the US population, and has worked on campaigns in the United States and other countries. According to the Guardian, the firm collects data from a wide range of sources, including social media platforms such as Facebook, and its own polling.

It was set up in 2013 as an offshoot of its British parent company Strategic Communication Laboratories Group (SCL), a government and military contractor that says it works on everything from food security research to counter-narcotics to political campaigns. SCL was founded more than 25 years ago, according to its website. 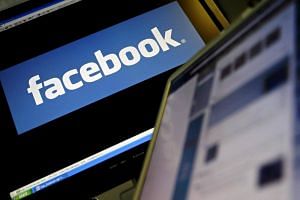 CA was created initially with a focus on US elections, with US$15 million (S$19.7 million) in backing from billionaire Republican donor Robert Mercer and a name chosen by future Trump White House adviser Steve Bannon, the New York Times reported.

According to its website, CA has offices in New York, Washington DC, London, Brazil and Malaysia.

CA came under media scrutiny after The New York Times and The Guardian's Observer reported on Saturday (March 17) that the firm harvested private information from more than 50 million Facebook users in developing techniques to support US President Donald Trump's election campaign in 2016.

After the news reports broke, US and British lawmakers demanded on Sunday (March 18) that Facebook explain how the firm was able to harvest personal information without the social network’s alerting users.

The newspapers, which cited former CA employees, associates and documents, said the data breach was one of the largest in the history of Facebook. It subsequently led to US and European officials questioning Facebook's protection of personal data.

US senators have called on Facebook chief executive Mark Zuckerberg to testify before Congress about how Facebook will protect users.

Attorneys-general from the US states of Massachusetts and Connecticut have also launched investigations into how the Facebook data was handled, and the attorney-general’s office in California, where Facebook is based, said it had concerns.

The UK Information Commissioner’s Office is also pursuing a warrant to search CA's office in London.

The BBC reported on Tuesday (March 20) that the head of the European Parliament said it would investigate to see if the data was misused, and a spokesman for British Prime Minister Theresa May said she was "very concerned" about the revelations.

In response, Facebook has suspended CA after finding data privacy policies had been violated. The move means the firm and its parent group SCL cannot buy advertisements or administer pages belonging to clients.

In the latest revelation, Britain’s Channel 4 News reported on Monday (March 19), based on secretly recorded video, that CA secretly stage-managed Kenya President Uhuru Kenyatta’s campaigns in the hotly contested 2013 and 2017 elections. CA has denied the report.

The Observer said CA used the data, taken without authorisation in early 2014, to build a software program to predict and influence choices at the ballot box.

It quoted whistleblower Christopher Wylie, who helped set up the firm and worked with an academic at Cambridge University to obtain the data, as saying the system could profile individual voters to target them with personalised political advertisements.

The more than 50 million profiles represented about a third of active North American Facebook users, and nearly a quarter of potential US voters, at the time, the Observer said.

The New York Times said interviews with a half-dozen former CA employees and contractors, and a review of the firm's emails and documents, revealed it not only relied on the private Facebook data but still possesses most or all of it.

The Observer said the data was collected through an app called thisisyourdigitallife, built by academic Aleksandr Kogan, separately from his work at Cambridge University.

Through Kogan's company Global Science Research (GSR), in collaboration with CA, hundreds of thousands of users were paid to take a personality test and agreed to have their data collected for academic use, the Observer said.

However, the app also collected the information of the test-takers' Facebook friends, leading to the accumulation of a data pool tens of millions-strong, the Observer added.

It said Facebook's "platform policy" allowed only collection of friends data to improve user experience in the app and barred it from being sold on or used for advertising.

Facebook said it was pressing CA for answers, after getting assurances from the firm in 2015 that it had deleted all data. The social media giant has also hired forensic auditors from the firm Stroz Friedberg to help.

While Facebook investigates, it said it has acted against CA, its parent group SCL, Kogan and Wylie after receiving reports they did not delete information about Facebook users that had been inappropriately shared.

4. HOW IS IT LINKED TO DONALD TRUMP?

The firm's part-owner Robert Mercer is a key Trump supporter and donor who gave US$15 million in funding to CA.

Mercer, who also funded the right-wing website Breitbart, was introduced to the firm by Steve Bannon. Bannon, who was on its board from 2014 to 2016, headed the last phase of Trump's election campaign and then served as his chief strategist.

Trump's campaign hired CA in June 2016 and paid it more than US$6.2 million (S$8.2 million), according to Federal Election Commission records.

On its website, CA says it "provided the Donald J. Trump for President campaign with the expertise and insights that helped win the White House."

The company, which was staffed by mostly British workers then, assisted Republican Senator Ted Cruz’s presidential campaign before helping Trump’s.

5. WHAT ARE THE REPERCUSSIONS CLOSER TO HOME?

The company was also mentioned by a security expert last week during a public hearing by Singapore's parliamentary Select Committee that is looking into how Singapore can tackle deliberate online falsehoods.

Dr Shashi Jayakumar of the S. Rajaratnam School of International Studies cited the firm last Thursday when he warned that Singapore's close neighbours may already be seeing disinformation tactics being deployed internally. Those tactics, he said, could well be turned on Singapore if relations were to fray.

Dr Shashi said that the firm now has a presence in polls-bound Malaysia, where it is thought to be hired "by people involved in the coming election".