WASHINGTON (AFP) - US President Barack Obama said Thursday the motivation for a deadly shooting in California was not yet known, but a terror attack could not yet be ruled out.

Obama ordered flags on government buildings, embassies and military installations to be flown at half-staff until Monday in memory of the 14 people killed in a gun attack on a holiday party in San Bernardino, the country’s worst mass shooting in three years.

A man and a woman suspected of carrying out the attack were killed in a shootout with police.

“At this stage, we do not yet know why the terrible event occurred,” Obama said.

“We don’t know at this point the extent of their plans. We do not know their motivations,” he added. 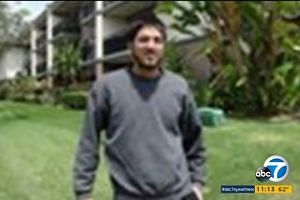 Obama’s Oval Office statement, following a meeting with top national security officials, was largely devoid of the frustration he has previously shown over the lack of tougher gun control laws.

But the Democratic president did call on lawmakers to do their part and make it “a little harder for them to do it because right now it’s just too easy.”

“I think so many Americans sometimes feel as if there is nothing we can do about it,” Obama said.

“We can’t just leave it to our professionals to deal with the problem of these kinds of horrible killings. We all have a part to play.”