NEW YORK - Former US president George H.W. Bush is facing new allegations from a Michigan woman who said he touched her inappropriately while he was in office at an event in April 1992, CNN reported on Thursday (Nov 16).

In an exclusive interview with CNN, the woman, now 55, said she was attending a fundraiser for Bush's re-election campaign in Dearborn, Michigan, with her father when the former president grabbed her rear-end during a photo-op. She has asked that her name not be published to avoid unwanted media attention.

Her story, which is remarkably similar to the accounts shared by at least six other women who said the former president groped them during photo-ops between 2003 and 2016, is significant because it is the first time a woman has come forward to accuse Bush of unwanted touching while he was in office.

"We got closer together for a family photo and it was like 'Holy crap!'" she said, describing the moment Bush touched her buttocks. "It was like a gentle squeeze".

In the moment, the woman said, she just smiled for the camera. There were people all around, including members of the US Secret Service, but she does not believe anyone else noticed. She said she rationalised the moment to herself back then by saying they were moving closer together for the photo and so "it was probably an accident", according to CNN.

However, recent reports about groping allegations against the former president, now 93 and in a wheelchair, made her rethink that incident. She told CNN: "All the focus has been on 'He's old.' OK, but he wasn't old when it happened to me. I've been debating what to do about it."

In the wake of the groping allegations against Bush that surfaced in October, the woman decided to come forward and shared with CNN the photograph of the moment during which she said Bush grabbed her, including the transcript of his address to the Dearborn fundraiser and recent texts from her ex-husband and a co-worker referring to the 1992 incident.

Actress Heather Lind, who appeared in the AMC series Turn: Washington's Spies, wrote in October that Bush touched her inappropriately a few years ago as they were posing for a photograph, and while she did not get into the specifics of the incident, she referred to it as a sexual assault, CNN said.

Another actress, Jordana Grolnick, described a 2016 incident in which she said she was groped by Bush. "He came backstage to take a picture with a group of girls and he was in a wheelchair and he reached his hand around and said to the group... 'Do you know who my favourite magician is?' And we all said, 'No, who?' and he said, 'David Cop-a-Feel', and at that moment, I felt him grab my behind," she told CNN in an interview in October. 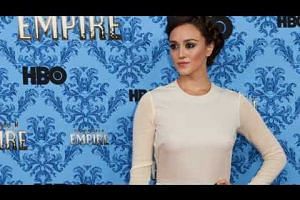 A third woman, who wished to remain anonymous, told CNN in October that she met Bush at a VIP event in Houston in 2015. She said he squeezed her buttocks "a couple times".

She said: "It was unmistakable. It was not just a pat. It was a serious squeeze."

Best-selling author Christina Baker Kline wrote in Slate in October about being groped by the former president in April 2014 when she was invited to Houston as a guest author for the Barbara Bush Foundation for Family Literacy fundraiser.

Baker Kline, who said Bush told her a version of the "David Cop-a-Feel" joke as he groped her, had also been reluctant to share her story publicly, according to CNN. But like several of the women CNN spoke to, she was irritated by the explanations being put forward by Bush's team, which she said did not accurately represent what happened and were instead "twisting it around".

In response to the allegations reported last month, most of which allegedly occurred in the last few years, Bush's spokesman McGrath issued a statement that cited the former president's age and physical condition.

"At age 93, President Bush has been confined to a wheelchair for roughly five years, so his arm falls on the lower waist of people with whom he takes pictures," McGrath wrote. "To try to put people at ease, the president routinely tells the same joke - and on occasion, he has patted women's rears in what he intended to be a good-natured manner. Some have seen it as innocent; others clearly view it as inappropriate. To anyone he has offended, President Bush apologises most sincerely."

McGrath confirmed to CNN at the time that he was referring to the "David Cop-a-Feel" joke mentioned by four of the women who have made allegations against the former president when he wrote last month's statement.

Earlier this week, after allegations surfaced in Time magazine that the former president groped Roslyn Corrigan in 2003, when she was just 16 years old and he was not in a wheelchair, McGrath issued another statement.

"George Bush simply does not have it in his heart to knowingly cause anyone distress, and he again apologises to anyone he offended during a photo op," he wrote.