WASHINGTON (WASHINGTON POST) - Amazon.com's facial recognition tools incorrectly identified John Lewis, a Democratic representative for Georgia, and 27 other members of Congress as people arrested for a crime during a test commissioned by the American Civil Liberties Union (ACLU) of Northern California, the watchdog said on Thursday (July 26).

The ACLU said its findings show that Amazon's so-called Rekognition technology - already in use at law-enforcement agencies in Oregon and Orlando, Florida - is hampered by inaccuracies that disproportionately put people of colour at risk and should prompt regulators to halt "law enforcement use of face surveillance."

For its test, the ACLU of Northern California created a database of 25,000 publicly available arrest photos, though the civil liberties watchdog did not give details about where it obtained the images or the kinds of individuals in the photos. It then used Amazon's Rekognition software to compare that database against photos of every member of the US House and Senate.

Ultimately, Amazon's technology flagged photos of 28 members of Congress as likely matches with the ACLU's collection of mug shots. Among the misidentified lawmakers were Sen. Edward Markey, D-Mass., who has called for federal privacy legislation, and six members of the Congressional Black Caucus, including civil rights icon Lewis.

Two months earlier, the CBC wrote a letter to Amazon stressing that the lawmakers are "troubled by the profound negative unintended consequences this form of artificial intelligence could have for African-Americans, undocumented immigrants, and protestors."

The CBC said the software was particularly risky because "communities of color are more heavily and aggressively policed than white communities," meaning mistakes caused by faulty facial-recognition software could prove especially harmful. 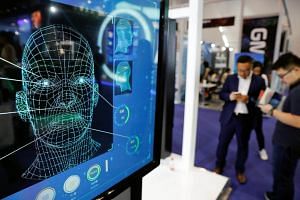 As facial recognition use grows in border security, law enforcement, so do privacy fears 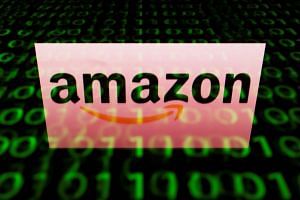 On Thursday, Amazon questioned the ACLU's methodology for its test, stressing that the threshold the watchdog set for what qualifies as a match - a "confidence," or similarity rating, of 80 percent - had been too low.

"While 80 per cent confidence is an acceptable threshold for photos of hot dogs, chairs, animals, or other social media use cases, it wouldn't be appropriate for identifying individuals with a reasonable level of certainty," an Amazon spokeswoman said.

But the ACLU of Northern California countered that 80 per cent is the default setting on Amazon's facial recognition tool.

"Amazon should not be encouraging customers to use that confidence level for recognizing human faces," said Jacob Snow, a technology lawyer at the organisation.

Snow said the findings nonetheless affirm their worst fears: that facial-recognition technologies are too unsophisticated to be deployed by law enforcement agents, where misidentification isn't just a privacy concern - it "could cost people their freedom or even their lives."

The privacy watchdog called on Congress to halt the federal government's use of the technology, though lawmakers long have struggled to write any federal privacy rules around facial recognition or other high-tech tools adopted by police, including location tracking technologies.

Earlier this month, one of Amazon's competitors, Microsoft, urged Congress to regulate facial recognition technology. Microsoft had faced intense criticism for providing a suite of cloud-computing tools to the country's immigration enforcement agency. It has since said it is working to ensure facial-recognition technology isn't put to use as part of that contract.

Amazon's facial-recognition technology has worried civil liberties activists since May, after the ACLU of Northern California obtained and released an open-records request showing Rekognition in use by law enforcement agencies around the country.

In Washington County, Ore., for example, the sheriff's office had built a database of 300,000 mug shots that officers can query for information about potential suspects, The Post previously reported.

In response, civil-liberties groups including the ACLU wrote Amazon that month, demanding that the e-commerce and cloud-computing giant "stop powering a government surveillance infrastructure that poses a grave threat to customers and communities across the country."

At the time, Amazon more broadly defended its technology.

"When we find that AWS services are being abused by a customer, we suspend that customer's right to use our services," spokeswoman Nina Lindsey said.

She pointed to other uses of the Rekognition technology, from identifying celebrities at the royal wedding to locating lost children at busy amusement parks.