CASSELTON, NORTH DAKOTA (NYTIMES) - Here in the largest soybean-producing county in the country, a snowy winter has left North Dakota farmers such as Mr Robert Runck with time on their hands before spring planting - time they have spent stewing over how much they stand to lose if President Donald Trump starts a trade war with China.

"If he doesn't understand what he's doing to the nation by doing what he's doing, he's going to be a one-term president, plain and simple," said Mr Runck, a fourth-generation farmer who voted for Mr Trump.

Pausing outside the post office in this town of 2,300, Mr Runck said the repercussions could be more immediate for Representative Kevin Cramer, a Republican whose bid against Senator Heidi Heitkamp, a Democrat, has been complicated by the proposed tariffs.

"If it doesn't get resolved by election time, I would imagine it would cost Kevin Cramer some votes," he said.

Stern warnings are coming from all over the Midwest about the political peril for Republicans in Mr Trump's recent course of action, in which the tariffs he slapped on foreign competitors invited retaliatory tariffs on US agriculture.

Soybeans are the United States' second largest export to China, and that country's proposed 25 per cent duties on the crop would hit hardest in states such as Iowa, Kansas and Minnesota - where there are highly competitive House races - as well as Indiana, Missouri and North Dakota, whose Senate contests may determine control of the chamber.

By proposing the tariffs, Mr Trump has moved to fulfill a central promise of his campaign: confronting those countries he believes are undermining American industry. Yet his goal - to revive the steel and aluminium industries, thereby aiding the Rust Belt states that were crucial to his election - has effectively prioritised one element of the Trump political coalition over another, larger bloc of voters.

In new sign of trade war, China slaps US sorghum producers with 179% deposit 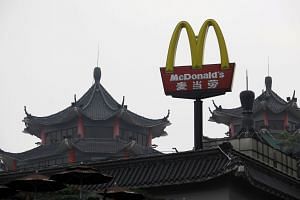 Whiskey sour? Importers in China fret over US trade battle

That larger segment, the farm belt, is essential to Republican success in the mid-term elections and beyond.

From the still-thawing soybean fields of North Dakota and Kansas to the corn and pork farms of Iowa, voters across the political spectrum say the president's attacks on American economic rivals could do grave damage to an already unstable commodities market.

"They're not in touch with the reality of the Midwest and the impact that the tariffs would have," said biology professor Bart Bergquist, also a part-time farmer who lives on 10 acres just south of Waterloo, Iowa. Prof Bergquist, who voted for Mr Trump in the 2016 election, added that commodities prices had already taken a toll on the area.

"I know my neighbours are not rolling in money - they're trying to supplement whatever else they can do to keep going," he said.

In Kansas, Mr Bob Henry, who grows corn and soybeans in another up-for-grabs House district near the Nebraska border, said the country could ill afford to tangle with a market that American farmers rely on.

"For the United States soybean grower, China is the 800-pound gorilla in the room," Mr Henry said. He suggested that Beijing is exacting political payback against the Republican heartland. "China knows who got Trump elected," he said.

After an initial round of tariffs on a modest share of US exports, the Chinese have displayed a more keen awareness of the electoral map and moved to punish those industries whose misfortune will be felt most intensely in states and districts pivotal in 2018.

Mr Karl Rove, the former strategist to president George W. Bush, said a trade clash "would limit Midwestern enthusiasm from our base and limit our ability to hold what we have and pick up more seats".

Mr Rove also grumbled that Mr Trump "has little to no understanding of the farm coalition". He may have a slightly better appreciation after a meeting last week in the West Wing with a small group of farm belt Republican senators and governors, during which two of them brought up the adverse effect that tariffs on exports could have in the mid-term election, according to officials briefed on the conversation.

Mr Trump used the session to direct a pair of his top economic advisers to reconsider whether the United States should join a free-trade pact with a group of Pacific nations. But just hours later he signalled on Twitter that he was unlikely to reverse course on that agreement, the Trans-Pacific Partnership.

Instead, there are already whispers, in Washington and in agriculture states, that the president is risking a replay of president Jimmy Carter's grain embargo on the Soviets, which contributed to the massive losses Democrats suffered in 1980.

Indeed, after a year of seeing Mr Trump only muse about pulling out of Nafta and being stymied by Congress in his attempt to slash the Agriculture Department's budget, there is now a sense in the farm belt that Mr Trump's yearning to punish China could inflict real economic and political damage on his own political base.

"This is the first time it's in your face, especially to us in the Midwest," said Mr Ed Schafer, a Republican former governor of North Dakota who was agriculture secretary under president George W. Bush.

North Dakota is not simply another red state where Democrats are bound for extinction. There is an enduring populist streak here, dating back to its mistrust of distant bankers and millers in Minneapolis, Chicago and New York. To this day, the state retains a state-controlled bank and mill.

"We're Republicans until it comes to subsidies for farmers," said Mr George Blank, only half-jokingly, as he sipped coffee with a half-dozen fellow retirees at their daily breakfast-and-bull session in Casselton's Country Kitchen.

Recalling his years running a construction supply business in a state where one in four jobs is agriculture-related, Mr Blank said: "When the price of corn went down that impacted us greatly."

Now, though, soybeans have become the go-to commodity, said Ms Vanessa Kummer, who farms 4,000 acres with her husband and son near Colfax, North Dakota. "It has become our cash crop and the most reliable crop to go to," she said.

Ms Nancy Johnson, who leads the North Dakota Soybean Growers Association, reached for a measure of cheery, upper-Midwest optimism as she expressed hope that the threat of tariffs was merely "a negotiating tactic" by Mr Trump. But Ms Johnson, who wears a soybean pendant necklace, said her farmers "are rightly concerned, because we're being used as a weapon".

Back outside the post office in Casselton, Mr Runck found his voice nearly drowned out by the sound of the speeding Burlington Northern Santa Fe - the same freight train that will be carrying crops west to the Pacific this fall.

But his answer carried clearly when he was asked whether he would support Ms Heitkamp or Mr Cramer: "I think the president has got to do the right thing between now and the election."