The poster boy for robust health in the media industry used to have decidedly Indian features.

Even as their counterparts elsewhere languished, Indian media houses were once busy launching new titles, snapping up journalists and boosting orders for newsprint, bucking global trends several years ago.

Today, sadly, a pall appears to have settled over many of these newsrooms.

"We need to change... we are playing catch-up now," one top Indian editor told me at a dinner on the sidelines of the World Association of Newspapers and News Publishers' (Wan-Ifra) India Conference last Wednesday.

Lacklustre advertising during recent festive seasons has taken a toll on print advertising revenues, as circulations slide, he says.

Like many others, he laments how copies of most papers are sold for a few rupees at news-stands, with prices held down by the industry's market leaders' strategy to maintain their dominance.

Worse, hardly anyone charges for content online, while digital advertising is small and mostly soaked up by the technology giants, so there is scarcely any revenue coming in from online operations despite growing audiences.

The result: Newsrooms feeling starved of editorial resources and facing mounting commercial pressures from advertisers, sponsors as well as governments not averse to withholding advertising to focus editorial minds. Media credibility ends up being hit, even amid a growing proliferation of fake news all round. "Sooner or later, we are going to have to find a new revenue model," added another editor, pointing to tentative talk of experimenting with paywalls at some publications, just as media organisations around the world have been doing in recent years.

These Indian anxieties are symptomatic of a global phenomenon, with the impact of disruption in the media industry coming lately to this country.

Elsewhere, media leaders at similar events have long lamented the triple challenges facing the industry: growing threats to media freedom, the existential question of media viability and the pressing need for innovation in newsrooms.

All three issues are now inextricably linked, equal sides of a trilemma that have to be tackled together.

Without a viable plan to sustain their newsrooms into the future, fervent debates on media freedoms will be academic discussions. And clearly, any plan to ensure the survival and continued growth of the media entails a need for innovation and transformation, both on the editorial and business fronts.

These challenges were summed up starkly by Mr Juan Senor, president of Innovation Media Consulting, at a Wan-Ifra conference held in Singapore in May.

He pointed to the phenomenon of newsrooms repenting for the folly of their "original sin" of giving away costly-to-produce content for free, in the vain hope that doing so would draw audiences - and advertisers would follow. New digital revenues might then make up for the decline in print readerships and revenues.

It did not happen - or rather, did not happen fast and far enough. While some news groups - including this newspaper - have seen significant growth in both digital readership and revenues, these increases have come off a low base and so are not quite enough to make up for the print shortfall.

Besides, the bulk of digital advertising has been hoovered up by the likes of Facebook and Google, riding on the backs on media groups which produce the content they amalgamate to draw audiences, while insisting they bear no responsibility for the content on their platforms.

Today, just about every media group is dabbling with paywalls and digital subscriptions, moving from "advertising revenue to reader revenue", notes Mr Senor.

"If you are not producing content you can charge for, you should get out of this business," he declares, adding "if you have no digital business, you have no future" and "money is made where content is viewed".

Despite the stark warnings, he insists he is optimistic about the future of journalism. Fake news, he contends, "will save journalism". Declines in trust amid the welter of fake content will drive audiences to seek out credible voices for reliable content and they will pay for quality content they can count on.

"Newsrooms will have to move from the idea of being print or digital first, to journalism first," he concludes, arguing that paying audiences will gravitate to those news organisations that are able to offer engaging, quality and insightful content, as well as value-added services, from events, business intelligence or investment tips, memberships, customised newsletters, books and even customer references and retail services. 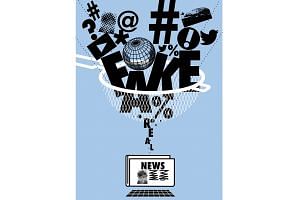 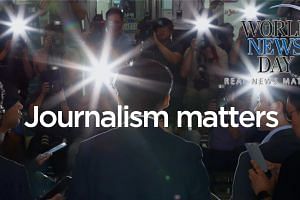 A study on media viability published in May by the DW Akademie, a German media-related think-tank, draws a similar conclusion: "Media outlets are confronted with a sobering truth: They can no longer sustain themselves on advertising revenue alone."

Instead, they will have to have a range of revenues, spread across a variety of sources, to prevent over-reliance on any particular source of funds.

"The financial constraints are affecting the overall quality of journalism and the independence of journalists," the report says.

"In short, independent, high-quality journalism depends on a viable media sector. It requires a variety of sources - from money and infrastructure, to community support and strategic alliances.

"Those who wish to impose restrictions on free media and manipulate the public debate often prey on imbalances or weaknesses in the media system. They often use economic means to set their agendas or limit access to information. Therefore, viable media are crucial players in the protection of freedom of expression as a whole."

Perhaps the most comprehensive study done to date on how best to secure the future of quality journalism was that undertaken recently by an independent commission in the United Kingdom, led by the former journalist-turned-academic, Dame Frances Cairncross. It published a 160-page report titled The Cairncross Review: A Sustainable Future For Journalism in February.

In a recent interview over the phone, she told me that her commission began by asking themselves some fundamental questions: Why should anyone care if media organisations survive? What would happen if they did not? Why should public funds be used to support them?

They figured that there was no compelling reason taxpayers' money should be used to fund gossip and lifestyle columns, concert reviews or sports reports. "If people want these, they will have to pay for them," she says.

But, she is quick to add: "It is very important that a healthy democracy has ways in which individuals can follow what their elected representatives are doing on their behalf. And have trained intermediaries, which we call journalists, who can question those representatives and the institutions that they stand for, so that we have questions being aired and their replies made available for people to read."

She sums this up as "public interest journalism", namely, the reporting on the "machinery of government and how well it is working", from the courts and legislature, to local and state councils, to school and statutory boards. 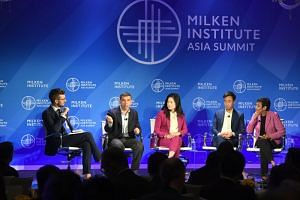 Spread of fake news not just a threat to media, but hurts society and business too: Media leaders

The public submissions and research her commission compiled make clear that "a dearth of public interest news and information, especially reporting of public authorities, can have dire democratic consequences".

There was a "clear link between the disappearance of local journalists and a local newspaper, and a decline in civic and democratic activities, such as voter turnout and well-managed public finances".

Indeed, the presence of a printed newspaper widely available to the community, backed by a professional newsroom, often helps to focus minds on the need to be open and above board in public affairs, she notes, calling for further studies into this.

Without societal support, public interest news risks being crowded out by reports that draw wider audiences for their ability to shock and awe. Fake news also tends to spread faster and further for similar reasons, studies show.

How best to support public interest journalism? The commission made nine proposals in its report, submitted to the British government then led by Prime Minister Theresa May. Whether the new government under PM Boris Johnson, a former journalist himself, will pursue them remains to be seen, she says.

Yet, the ideas are of wider interest, since they might apply to other countries as well. The commission proposed:

• Investigating the online advertising market to study if it is working competitively and, if not, what should be done about it.

• Setting up a news quality obligation that would require and regulate online platforms' commitment to delivering quality news.

• Helping local publishers which are most vulnerable, for example, through the state-funded BBC sharing some of its local content as well as technical expertise.

• Setting up an innovation fund with government support to boost innovation within media organisations.

• Offering new forms of tax relief to media organisations, such as by extending zero-rating for value-added taxes to digital newspapers and magazines, or tax reliefs similar to those given to charities or film and other creative industries.

• Setting up an independent Institute for Public Interest News with a mission and mandate to ensure the sustainability of public interest news, including the implementation of the above proposals.

"Moreover, the stories that they want to read may not always be the ones that they ought to read in order to ensure that a democracy can hold its public servants to account.

"This review has therefore dwelt on what it considers to be the most significant functions of journalism - ensuring public accountability and investigating possible wrongdoing. And whereas new business models may continue to support good journalism in many forms, they may not always support public interest news... so, this review proposes that most energy be given to the provision of public interest news.

"This will require new sources of funding, removed from government control. It will need institutional and financial structures that combine a guarantee of independence with adequate support.

"That will be a difficult combination to secure, but the future of a healthy democracy depends on it."

• The writer is also president of the World Editors Forum.