JEDDAH - When you're taking a flight, there are some things you shouldn't forget: Your passport, boarding pass and handphone, for instance.

Oh, and your baby, too, if you are travelling with one.

But that is exactly what one absent-minded passenger on a flight from Saudi Arabia did.

A Saudi Arabian mother reportedly told the plane's cabin crew mid-flight that she had forgotten her baby in the boarding area of the airport's terminal.

It is not known how she ended up leaving her baby behind.

The pilot then had to radio the airport's air traffic controllers to request permission to return to the airport. 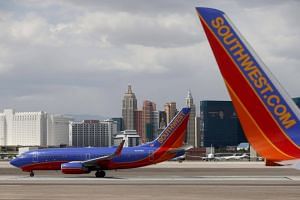 Southwest Airlines flight turns back after human heart left on board

Scoot flight turns back to Changi soon after take-off

"May God be with us. Can we come back or what?" says the pilot.

A controller can be heard discussing the situation with his colleagues, before asking the pilot to restate his reason for wanting to turn the flight back.

The pilot responds: "We told you, a passenger left her baby in the terminal and refuses to continue the flight."

After a short pause, the controller clears the flight to return to the airport.

"This is totally a new one for us," he says.

This is not the first time a flight was forced to return to the airport it came from.

On Feb 10, an Air New Zealand flight was forced to return to Auckland halfway to Shanghai after it was discovered that a technicality meant that particular aircraft did not have Chinese regulatory authority to land in China.

On Jan 8, a Singapore-Melbourne flight was forced to return after pilots discovered a fault with the aircraft's weather radar component.

And in December last year, a Southwest Airlines flight heading for Dallas from Seattle was turned back mid-flight after it was discovered that a human heart had been left on board.