An inter-planetary space probe, New Horizons, launched to study Pluto, its moons and the Kuiper Belt, successfully completed a fly-by of Pluto on July 14 and returned the first images of the distant ice planet. New Horizons will beam back the data acquired from the fly-by to Earth over the next 16 months as it heads farther into the Kuiper Belt.

The Voyager 2 space mission is still going strong, nearly 38 years after the space probe was launched on Aug 20, 1977. Voyager 2 is the only space probe to have completed a so-called "Grand Tour" of the outer solar system, visiting Jupiter, Saturn, Uranus and Neptune, by exploiting the alignment of the planets in the late 1970s.

In November last year, Philae, a robotic probe landed on Comet 67P/Churyumov-Gerasimenko to send back the first images from a comet's surface. Unfortunately, the solar-powered probe landed in a shadowy area of the comet and ran out of power. However, on June 14, Philae phoned home again as sunlight striking the comet grew stronger. But the lander has again been silent since July 9.

Nasa's Mars Exploration Rover mission involves the use of two robotic rovers, Spirit and Opportunity, to explore the planet. Beginning in 2003, the objective was to search for and characterise a wide range of rocks and soils that held clues to past water activity on Mars. In 2012, Spirit and Opportunity were joined by a third rover, Curiosity.

Cassini is the fourth space probe to visit Saturn and the first to enter orbit. The spacecraft was launched on Oct 15, 1997, and entered orbit around Saturn on July 1, 2004, after an interplanetary voyage that included fly-bys of Earth, Venus and Jupiter.

On Dec 25, 2004, Huygens separated from the orbiter and reached Saturn's moon, Titan, on Jan 14, 2005. It entered Titan's atmosphere and descended to the surface. It successfully returned data to Earth, using the orbiter as a relay.

The Viking space programme involved a pair of space probes, Viking 1 and 2, which were sent to Mars in 1975 to photograph the surface from orbit, as well as on the ground. The programme was highly successful and provided most of the body of knowledge about Mars through the early 2000s. 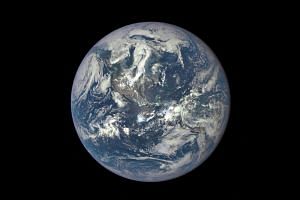