Fighting climate change might seem like a big problem that is for governments to solve. But it turns out that there is a lot ordinary people can do.

The most significant thing that people can do is reduce their power consumption and use of motor vehicles which are oil-based, said Dr Peter Newman of the Curtin University Sustainability Policy Institute in Perth.

"There are things you can do with electric cars, but you can also change to using more public transport or biking or walking more or reducing the need for heating and cooling," he told reporters in a briefing ahead of the release in Incheon yesterday of the United Nations climate panel's special report on limiting global warming to 1.5 deg C.

"The power of this report is that it is not a simple thing any more to say, 'Governments, get going and fix it for us.' We have all got to play our part."

He gave the example of rooftop solar installations expanding rapidly in many countries, including Australia. In Perth, about 30 per cent of homes have rooftop solar panels.

Schools are also playing a role. "Schools are adopting ways to cut carbon, and children are taking home these ideas," added Dr Newman, one of the UN report's lead authors.

Other choices include the type of car, air-conditioner or refrigerator consumers buy based on government-backed rating schemes. 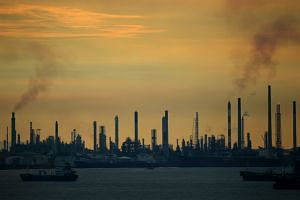 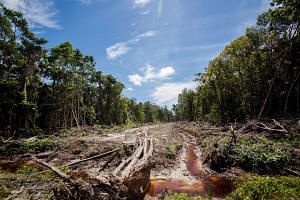 Eating less beef and switching to chicken and fish and more locally grown vegetables are other simple steps. Cattle farms require large volumes of water, and cows and sheep produce a lot of methane - a powerful greenhouse gas - in their digestive systems.

Combined, many of these efforts lead to healthier lifestyles and save money. For example, energy audits and use of smart electricity meters can be effective in promoting energy conservation because consumers can see the value.

Community approaches, where change is initiated from the bottom up, can promote steps to adapt to climate change and to cut emissions, especially when community ties are strong.

How governments implement policies is also key, the report said.

"Acceptability is higher when people expect more positive and less negative effects of policy and system changes, including climate impacts," it said.

"Acceptability can increase when people experience positive effects after a policy has been implemented."