GENEVA (AFP) - The UN's expert on human rights in North Korea said Monday (March 12) that he sees the "potential for rapid progress" after the announcement of a summit between US President Donald Trump and Kim Jong Un.

Tomas Ojea Quintana, the United Nations special rapporteur on the rights situation in North Korea, made the comments as he introduced his report on the country to the Human Rights Council.

"Today, we witness what appears to be a potential for rapid progress on the political and security front, with communication channels steadily building-up between the two Koreas as well as the United States of America, and historical summit plans for the near future," Ojea Quintana said.

"My main message today is that any advancement on the security dialogue should be accompanied by a parallel expansion on the human rights dialogue", he added.

Trump last week stunned observers when he agreed to meet with Kim by the end of May.

South Korean and White House officials have said the summit will aim to secure a deal to remove nuclear weapons from the Korean peninsula.

But the US president and North Korean leader have yet to confirm a date or venue. 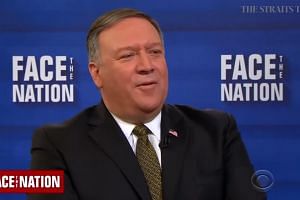 Ojea Quintana, speaking to reporters after his presentation, conceded there may be resistance to putting human rights at the centre of talks aimed at resolving a nuclear standoff.

"There might be some stakeholders or countries who might think that to bring a human rights discussion into this very new opening on the nuclear issue will be problematic, will damage any progress on the nuclear discussion and we need to consider that," he said.

He also offered a note of caution based on his experiences with North Korea.

"Engagement is positive but the challenge of verifying implementation of their commitments on the ground is still there," he said, speaking strictly about human rights issues.

He noted that the North has refused to cooperate with his mandate, dismissing it as politically motivated.

Pyongyang's envoys were absent from the council on Monday as Ojea Quintana presented his findings.

His report, made public last week, highlighted the use of torture in detention, chronic food insecurity and "severe restrictions on all forms of free expression, movement and access to information".