The attorney general must now decide whether to indict Netanyahu, a process that could take months.

Here are highlights of the conclusions presented by police investigators.

THE ALLEGATIONS: Netanyahu accepted nearly US$300,000 (S$396,183) in gifts between 2007 and 2016 from two businessmen, Hollywood producer Arnon Milchan and Australian billionaire James Packer - gifts that grew in "scope and frequency" after Netanyahu became prime minister in 2009.

'A relationship of bribery': Netanyahu's relationship with Milchan "was not an innocent relationship between friends." Rather, Milchan gave him gifts "in return for his action" to help Milchan in concrete ways, including financially.

A big tax break: Netanyahu tried to pass legislation that would double, to 20 years, the duration of a tax exemption for Israelis returning to the country from overseas, which would have "vast financial value to Milchan." This was rejected by the Finance Ministry, then headed by Yair Lapid, now a chief opponent of Netanyahu's.

Visa trouble: Netanyahu lobbied the secretary of state at the time, John Kerry, and the US ambassador to Israel at the time, Daniel B. Shapiro, to help Milchan deal with a problem extending his visa, which had "far-reaching financial significance" to the producer. 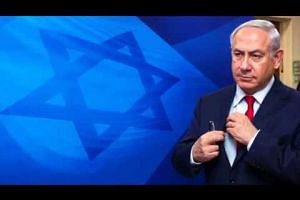 A TV channel stake: Netanyahu, in his capacity as communications minister, tried to help Milchan become a shareholder in Israeli television's Channel 2.

Indian billionaire Tata: The prime minister tried to aid a project that Milchan was pursuing with Ratan Tata, the Indian billionaire, identified in Israeli news reports as a free-trade zone proposed near the Israeli-Jordanian border. The Defence Ministry opposed it, and the project went nowhere.

THE ALLEGATIONS: Netanyahu and Arnon Mozes, publisher of Yediot Aharonot, one of Israel's leading newspapers, struck a "barter deal" in 2009 to advance their interests. In theory, Netanyahu would get positive and supportive coverage from Yediot Aharonot. (Whether that happened is unclear.) Mozes would get Netanyahu's support in promoting Yediot Aharonot, including help curbing the strength of Israel Hayom, a free newspaper that is owned by Sheldon Adelson, a supporter of Netanyahu's, and that had become a powerful competitor to Yediot.

Crucial evidence: Audio recordings of meetings between Netanyahu and Mozes were made secretly on the cellphone of Ari Harow, Netanyahu's former chief of staff, now a government witness.