ISTANBUL (AFP) - The man believed to have killed 39 people on New Year’s night at an Istanbul nightclub has confessed after Turkish police captured him in a massive operation, a local official said on Tuesday (Jan 17).

“He was trained in Afghanistan and can speak four languages. He’s a well-trained terrorist,” Mr Sahin added.

The suspected mass killer was captured on Monday (Jan 16) in a police raid on an apartment in the Esenyurt district, which is on Istanbul’s European side.

Authorities have been hunting the attacker for over two weeks, following the bloodbath on the glitzy Reina nightclub on the shores of the Bosphorus. The Islamic State in Iraq and Syria (ISIS) claimed the attack. 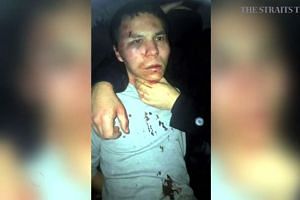 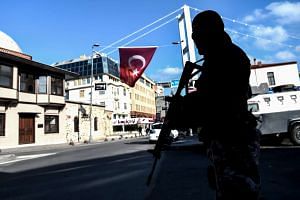 One Iraqi man and three women from Egypt and Africa were also detained at the same apartment, alongside the alleged assailant, the governor said.

“It is clear that the attack was carried out on behalf of Daesh,” he said, using an Arabic acronym for ISIS, adding that the other four suspects were likely linked to the militants.

Turkish media initially reported the killer was captured with his four-year-old son, but the governor said the child was not present during the police raid.

Police confiscated US$197,000 (S$280,134), two weapons and clips at the apartment. Some 2,000 police officers were involved in the operation backed by Turkish intelligence, according to the official. Police have raided approximately 152 addresses and detained 50 suspects, he said.