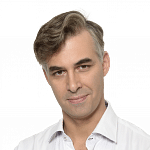 TEL AVIV - Israeli Prime Minister Benjamin Netanyahu is facing one of the greatest challenges of his career after the police recommended that he be charged with bribery.

As damning as the recommendation sounds, it probably does not spell the downfall of one of the country's longest-serving prime ministers - at least not yet.

It was reported on Tuesday (Feb 13) that the Israeli police, after investigating Mr Netanyahu for over a year, found evidence that he had traded his influence for favours. The decision on whether to press charges now rests with Attorney-General Avichai Mandelblit.

The accusations against Mr Netanyahu are grave, even when compared with a long list of other ministers, including his predecessor Ehud Olmert, who served prison sentences.

In the first case, dubbed Case 1000, Mr Netanyahu allegedly received cigars, champagne, jewellery and luxury travel from two billionaires, , the Hollywood producer Arnon Milchan and the Australian businessman James Packer, during his tenure. The merchandise was worth more than one million shekels (S$374,000) in total, investigators wrote. In return, he promoted their business interests with legislation that "ran contrary to the state's interests", they added.

In the second case, which police call Case 2000, Mr Netanyahu allegedly tried to collude with the publisher of a leading newspaper. According to recordings obtained by the police, Mr Netanyahu offered to help decrease the circulation of the paper's main competitor if the publisher promised more favourable news coverage in return.

The opposition has called for Mr Netanyahu to step down, but he continues to deny any wrongdoing.

In both cases, evidence appears strong.

Mr Netanyahu's former chief of staff, who made the recordings, has turned state witness in Case 2000. The owner of the competing paper has confirmed in his testimony that Mr Netanyahu approached him with a request not to expand the circulation of his publication. In Case 1000, the billionaires have testified that Mr Netanyahu actually requested the gifts, and thought of code words to order the expensive cigars and champagne from them.

In addition, Mr Netanyahu's most important political rival, and his former minister of finance, has agreed to testify against his former boss about the shady laws he was allegedly pressured to formulate but refused to pass.

Despite the evidence against him, Mr Netanyahu is standing strong - for the time being.

The law obligates him to leave office only if convicted in court, which could take years.

The opposition has attacked him, demanding he leave office as dealing with such scandal would make it impossible for him to devote enough attention to matters of state.

Yet inside his own Likud party, Mr Netanyahu's position is unassailable. No potential successor dares to attack him now lest it ends the challenger's political career prematurely.

Mr Netanyahu's ruling coalition, too, shows no signs of weakness. All the parties in his right-wing coalition have said that they will not bring down the government, fearing that elections at this point could serve the left-wing opposition.

Only the leader of the national-religious settler party, education minister Naftali Bennett, has openly criticised Mr Netanyahu, but is not calling for him to step down for now.

So far, Mr Netanyahu and his aides have been adhering to a strategy of attacking the police and belittling the significance of its recommendations. They believe it could take months or years before Attorney-General Mandelblit reaches a decision about indicting the Prime Minister, and bet that he will dismiss the cops' recommendations.

While Mr Netanyahu may be safe for now,the situation can easily worsen, with commentators saying these assumptions are wrong on both counts,

They note that Mr Mandelblit closely followed and advised the police investigation. He could make up his mind quickly, and will probably reach a conclusion similar to that of the very investigators he advised.

"He would have to be a Shi'ite suicide bomber to now close two cases that he and his representatives oversaw so closely and suffice with a public reprimand," wrote the liberal Haaretz newspaper.

He could still be implicated in two other corruption cases called 3000 and 4000. In Case 3000, members of Mr Netanyahu's close entourage, among them his cousin and personal lawyer David Shimron, will face corruption charges over a billion dollar submarine deal with Germany negotiated two years ago.

In the second case, Mr Netanyahu could have been involved in the illegal enrichment of a close acquaintance, telecommunications magnate Shaul Elovitch, in 2015 and 2016, when Mr Netanyahu held the communications portfolio, on top of being prime minister.

Haaretz predicted that the police recommendations heralded Netanyahu's demise: "He knows that while this might not be the end, it's the beginning of the end."