TEHERAN (AFP/REUTERS) - The Iranian judiciary on Sunday (Sept 3) upheld a 10-year jail term for an American citizen, two US-Iranian dual nationals and a Lebanese citizen for "collaborating" with the US government.

The Teheran prosecutor's office said their appeals had been rejected, in a ruling that came at a time of rising tensions with Washington since President Donald Trump came to power.

Xiyue Wang, a Chinese-born American, was sentenced to 10 years in jail for "collaborating with foreign governments", said Teheran prosecutor Abbas Jafari Dolatabadi, quoted by the mizanonline website close to the judiciary.

He said the same sentence was upheld against two dual nationals for "collaborating with a foreign government", while Lebanese national Nizar Zakka, a US permanent resident, was handed a 10-year term for working with the American government.

In July, US President Donald Trump warned that Iran would face “new and serious consequences” unless all “unjustly detained” American citizens were released and returned.

The US State Department called on Iran to immediately release US citizens and other foreigners detained on "fabricated" national security charges, after Tehran said an unnamed American had been sentenced to 10 years in prison.

"We call for the immediate release of all US citizens unjustly detained in Iran so they can return to their families," a State Department official said. 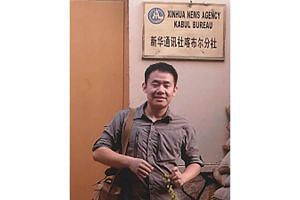 Iran sentences US graduate student to 10 years on spying charges

He did not refer to specific individuals, but the call followed an Iranian announcement that an unidentified American had been sentenced for alleged "infiltration" of Iran.

"The Iranian regime continues to detain US citizens and other foreigners on fabricated national security-related charges," the official said.

"The safety and security of US citizens remains a top priority. All US citizens, especially dual nationals considering travel to Iran, should carefully read our latest travel warning." Relations between Washington and Teheran have been severed since April 1980 in the wake of Iran's Islamic revolution, and tensions have sharpened since Trump came to power in January, especially over Iranian missile tests. 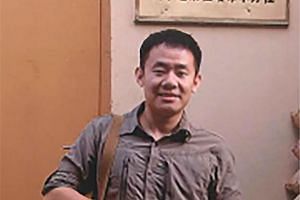 US student jailed 10 years in Iran on spying charges

Teheran and world powers, including Washington, signed a July 2015 accord curbing Iran's nuclear programme in exchange for a lifting of sanctions.

Although it has imposed new unilateral sanctions over Iran's missile programme, Washington has so far honoured the nuclear accord despite Trump's threats as a candidate last year to "rip it up".

Earlier in August, Princeton University and the wife of Wang, a history doctoral student and U.S. citizen, said they had been informed that Iranian authorities had denied the appeal.  Wang was conducting dissertation research in Iran in 2016 when he was detained and charged with “spying under the cover of research”, an accusation his family and university denied.

Iran sentenced Zakka, a Lebanese citizen with permanent US residency, to 10 years in prison and a $4.2 million fine in 2016 after he was found guilty of collaborating against the state, according to his U.S.-based lawyer.  Zakka, an information technology expert, had been invited to
Iran by a government official a year earlier, but then disappeared after attending a conference in Teheran.

A number of Iranian dual nationals from the United States, Britain, Austria, Canada and France have been detained in the past year and are being kept behind bars on charges including espionage and collaborating with hostile governments.  According to former prisoners, families of current ones, and diplomats, in some cases the detainees are kept to be used for a prisoner exchange with Western countries.  In January 2016, the United States and  Iran reached a historic prisoner swap deal that saw Iranians held or charged in the United States, mostly for sanctions violations, released in return for Americans imprisoned in
Iran.