In May, news that Islamic State of Syria and Iraq (ISIS) had captured the historic Syrian city of Palmyra broke. There were immediate fears that ISIS would destroy the Unesco World Heritage Site, home to some of the world's most breathtaking ancient ruins, once belonged to an oasis civilisation on the Silk Road that existed for close to 2,000 years. 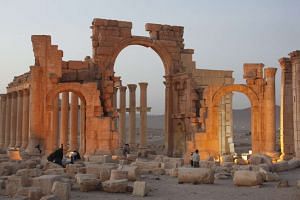 Since then, ISIS members have used the ancient amphitheatre as an execution site, releasing videos of teenagers killing Syrian captives. 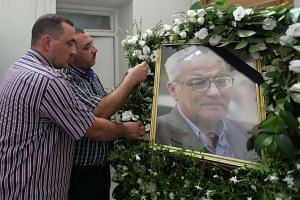 The most recent example of their barbarism was the execution and beheading of 82-year-old Khaled Asaad. The scholar had been the head of antiquities in Palmyra for more than 50 years and had refused to leave the site even after ISIS captured it. He had been detained and interrogated for more than a month by ultra-radical Sunni Muslim militants who then murdered him and hung his body on a column in a main square of Palmyra.

On Sunday (Aug 23), ISIS militants blew up the ancient temple of  Baal Shamin.

While some of the city's prized artefacts have already been moved to nearby cities, most of its monuments are too heavy and are now under threat of looting and destruction from ISIS, who are notorious for razing such sites.

Unesco has also stepped in to call for an end to the fighting, urging the world to do everything it can to protect the population "and safeguard the unique cultural heritage”.

In January this year, the militants reportedly bombed large swathes of the ancient Niveneh Wall, which had stood in the northern Iraqi city of Mosul for 2,700 years.

They then released a video the following month showing militants, armed with sledgehammers and other tools, destroying statues and artefacts in the Mosul Museum.

Other ancient cities in Iraq - Dur-Sharrukin, Hatra and Nimrud (dubbed the jewel of Assyrian culture) - were bulldozed by ISIS and suffered extensive damage, with the international community united in their condemnation of the group's actions.