BEIRUT • A suspected gas attack yesterday, believed to be by Syrian government jets, has killed at least 58 people including 11 children under the age of eight in the province of Idlib, according to a war monitor and medical workers.

However, a Syrian military source strongly denied the army had used any such weapons.

The attack in the town of Khan Sheikhoun left dozens suffering respiratory problems and symptoms including vomiting, fainting and foaming at the mouth, said the Britain-based Syrian Observatory for Human Rights.

The latest chemical attack appeared to be the largest and most toxic in Syria since August 2013, when more than 1,000 people were killed in the Damascus suburbs by the banned toxin sarin.

A hospital in the town where doctors were treating victims of the attack was also bombarded, an Agence France-Presse (AFP) correspondent said. 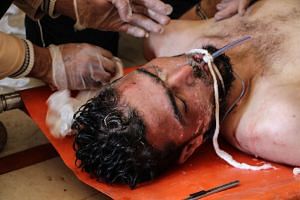 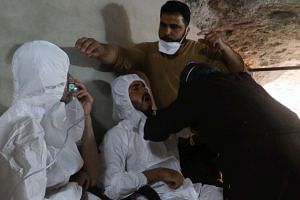 The Observatory said 11 children were among the dead, with at least 160 injured, but it could not confirm the nature of the gas or whether the strikes were carried out by Syrian warplanes or those of the government's ally, Russia.

An AFP journalist in Khan Sheikhoun saw a young girl, a woman and two elderly people dead at the hospital. Doctors at the facility had been using basic equipment to attempt to revive patients who were not breathing.

The town in Syria's north-western province of Idlib is largely controlled by an alliance of rebels, including former Al-Qaeda affiliate Fateh al-Sham Front.

The province is regularly targeted in strikes by the regime, as well as Russian planes, and has also been hit by the US-led coalition fighting militants of the Islamic State in Iraq and Syria.

Syria's leading opposition group, the National Coalition, has accused the "regime of the criminal Bashar" of being behind the attack.

It wants the UN Security Council to hold an emergency session and "open an immediate investigation".

France's Foreign Minister echoed the call for an emergency meeting, after what he said was a "disgusting" gas attack.

The latest violence came as the European Union and United Nations hosted a conference in Brussels on Syria, with confusion over Washington's position on the issue of Syrian President Bashar al-Assad's future.

On the sidelines of the conference, EU diplomatic chief Federica Mogherini said it was a "dramatic reminder of the fact that the situation on the ground still continues to be dramatic in many different parts of Syria".

Turkish Foreign Minister Mevlut Cavusoglu said his country condemned the attack, describing it as a crime against humanity.

Speaking in the western Turkish province of Isparta, Mr Cavusoglu said the suspected use of chemical weapons could derail the process of Syrian peace talks being held in Astana, Kazakhstan.

Syria's government officially joined the Chemical Weapons Convention and turned over its chemical arsenal in 2013, as part of a deal to avert US military action. 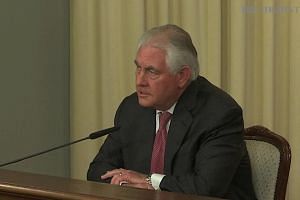 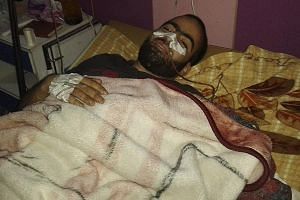 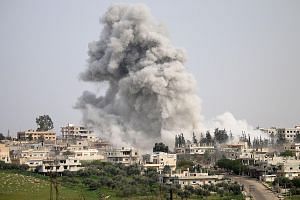 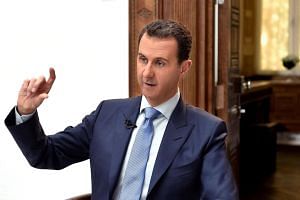 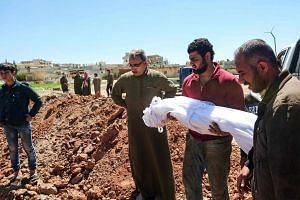 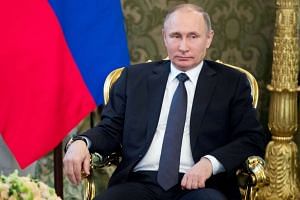 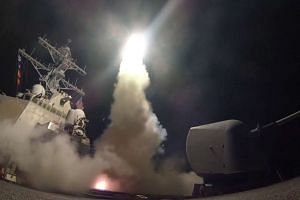 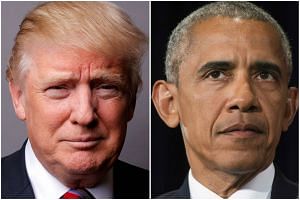 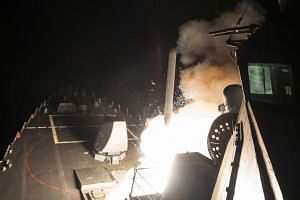 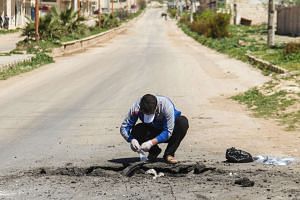 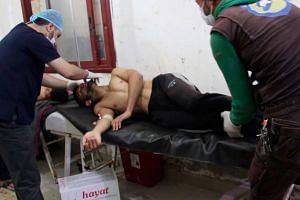