LONDON • British staple Marmite has been taken off virtual shelves at supermarket Tesco following a reported row with supplier Unilever over pricing after the pound plummeted on fears over Britain's plans to leave the European Union.

Jars of Marmite were "currently not available" in the online store of Tesco - the world's third-biggest supermarket chain - after the company reportedly refused Unilever's request to raise prices.

Unilever demanded that prices of its products be increased in order to offset the cost of imported commodities following the recent fall of the pound, the Financial Times reported, citing executives at numerous supermarket groups.

The dispute broke out following a turbulent few days for the pound, which last week plummeted against the dollar to its lowest level in 31 years. The sharp fall was attributed to fears that the so-called Brexit could see the country leave the single market in a trade-off to gain control over immigration.

Other Unilever products, including PG Tips tea and Ben & Jerry's ice cream, were also unavailable on Tesco's online store, but it was the sudden absence of Marmite which prompted national furore. The headline "Marmite Wars" appeared on the Metro newspaper front page. The story also made The Times' front page and BBC television news. 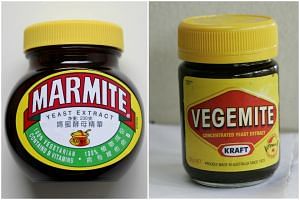 The dark-coloured spread first hit the shelves more than a century ago.

Made from spent brewer's yeast, it is usually spread on toast.