After jihadist-inspired Tunisians in Europe killed dozens during two devastating truck attacks on crowds last year, the government is taking special measures to prevent a similar incident in the US capital.

While Washington is constantly on guard for Islamic State- and Al Qaeda-organized plots, the past several years have shown the country is more vulnerable to attacks planned and carried out by people based inside the country, inspired but not directed by offshore jihadists, officials say.

“We know of no specific credible threat” to the inauguration, Homeland Security Secretary Jeh Johnson told reporters at a secure communications facility west of the capital, where nearly 50 US agencies will coordinate security for the event. 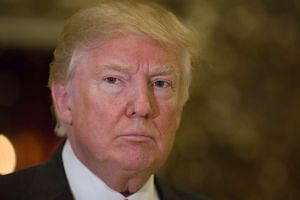 How did he do it? Trump’s shock rise to the presidency

When he goes low, they go… where? Democrats mull

Still, “the global terrorist environment is very different even from 2013,” when President Barack Obama was sworn in for his second term, he added.

Some 28,000 security personnel – including members of the Secret Service, National Guard, Federal Bureau of Investigation and regional police – will be deployed to manage the events, Johnson said.

They will begin with a wreath-laying ceremony at Arlington National Cemetery, continue to the swearing-in, then the inaugural parade and several balls before ending with a prayer service at the National Cathedral the following day.

Many of the events will be very exposed, especially the swearing-in ceremony, which will have the outgoing and incoming president, former presidents and most of the top officials in the government and Congress jammed onto the West Front of the Capitol Building.

Clear plates of bulletproof glass will protect them, and the rooftops will be patrolled by government snipers.

The FBI will have radiation and chemical and biological detectors around the area.  But the risks are always treated as high.

The traditional parade down Pennsylvania Avenue from the Capitol to the White House will also test security.

President Jimmy Carter surprised the nation by walking the entire 1.8km in 1977.  Since then, most new presidents have walked only a section of it – still risky from the point of view of the Secret Service, charged with protecting the presidential family.

The security services expect 700,000 to 900,000 people in attendance, including at least 99 groups planning protests, Johnson said.  A 7 sq km area of central Washington will be cordoned off from vehicles and those entering on foot will be closely inspected.

Attendees won’t be allowed to carry much more than their cell phones, cameras and wallets.

Just the smallest of handbags will be allowed, but no backpacks: in April 2013, two Chechen brothers set down backpacks loaded with pressure cooker-bombs at the finish line of the Boston Marathon.

The explosions killed three and injured scores more.  Only very small protest signs will be permitted– but no sticks with which to hold them up.

Protest groups that could clash with each other are being assigned areas far apart, officials said.

Agencies are also known to be following the groups on social media and there will be plainclothes officers in the crowds.

The threat of someone trying to ram a huge vehicle into the crowds represents a particular new worry since the previous inauguration, Johnson said.

In July last year, 86 people celebrating Bastille Day in the French seaside resort of Nice died when a Tunisian extremist reportedly inspired by the radical Islamic State group drove a truck through a crowd.

In December, another Tunisian man ploughed a tractor-trailer into a Christmas market in Berlin, killing 12 people.

The authorities will put in place trucks loaded with cement, dump trucks, buses and other heavy vehicles to prevent such incidents, Johnson said.

“That is a precaution that we are doubling down on in particular this inauguration.”

Drones, which are widely and cheaply available, represent another fairly new worry.

They are banned in the skies over Washington as a matter of ongoing security measures, Johnson indicated.

Even so, he said, without any more explanation: “It is something we have planned for, and there is technology to deal with it.”