WASHINGTON (REUTERS) - Former Trump campaign manager Paul Manafort on Wednesday (March 14) filed a motion in federal court seeking to dismiss charges against him, saying that the special counsel had exceeded his authority by charging Manafort with crimes not related to Russian meddling in the 2016 election.

In a 46-page filing with the US District Court for the District of Columbia, Manafort's attorney Kevin Downing said Manafort had been threatened with additional indictments and"faces a game of criminal-procedure whack-a-mole" by Special Counsel Robert Mueller, "whose massive resources he cannot possibly hope to match." Under the terms of Deputy Attorney General Rod Rosenstein's order in May appointing Mueller, the special counsel can probe links or coordination between Trump's campaign and Russia as well as "any matters that arose or may arise directly" from the investigation.

Mueller's office indicted Manafort and his business partner Rick Gates in October on charges including conspiracy to launder money, conspiracy against the United States and failing to register as foreign agents of Ukraine's former pro-Russian government.

Gates, a former Trump aide, pleaded guilty last month to lying to investigators and conspiring to defraud the United States.

The charges against Manafort "simply have no connection to alleged coordination with the Russian government or the 2016 presidential election," the filing said.

In January, Manafort filed a civil lawsuit in the District of Columbia federal court accusing Rosenstein of exceeding his legal authority to "grant Mr. Mueller carte blanche to investigate and pursue criminal charges in connection with anything he stumbles across." None of the charges against Manafort or Gates make reference to alleged Russian interference in the 2016 election nor accusations of collusion between Moscow and Trump's campaign. 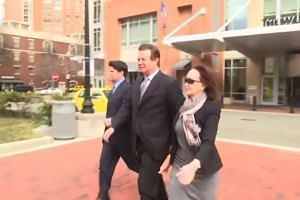 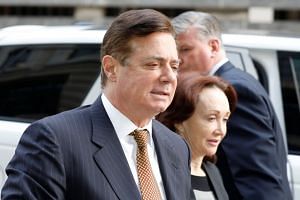 US intelligence agencies have concluded that Moscow sought to meddle in the campaign to tilt the vote in favour of Trump, the Republican candidate, including by hacking the emails of leading Democrats and distributing disinformation and propaganda online.

Russia has denied the accusations of interference. Trump has said there was no collusion and denied any attempt to obstruct Mueller's probe.

Manafort is also facing separate indictments in a federal court in Alexandria, Virginia, charging him with bank fraud, filing false tax returns and failing to report foreign bank accounts to the US government.