PARIS/SINGAPORE/BANGKOK (REUTERS) - Air France-KLM joined other major airlines in suspending flights to mainland China on Thursday (Jan 30), as cabin crews voiced unease about exposure to the rapidly-spreading coronavirus which has killed more than 170 people.

"Air France's top priority is the health and safety of its customers and employees," the airline said, adding that flights to mainland China had been suspended until Feb. 9 "after careful consideration of the developing situation".

The airline joins others including British Airways and Germany's Lufthansa that have dropped mainland Chinese destinations besides Wuhan, the outbreak's centre, which is closed to commercial air traffic.

Other major carriers have kept flying to China, but protective masks and shorter layovers designed to reduce exposure have done little to reassure crews.

Thai Airways is hosing its cabins with disinfectant spray between China flights and allowing crew to wear masks and gloves.

"I don't think it's safe at all even with gloves and masks, because you catch it so many ways, like your eyes," said one flight attendant, who spoke on condition of anonymity.

"My friends also feel unsafe and don't want to fly," she said.

Airlines still flying to China that have cut layovers include Virgin Atlantic. Its staff layover times have been halved and will be spent in airport hotels, Britain's Unite union said. Delta Air Lines is operating fewer China flights and shorter layovers, with food deliveries so crew can stay in their hotels. 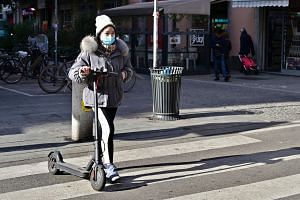 Wuhan virus: KLM says it will scrap some flights to China due to outbreak

"Most of us would not want to stay in China at the current moment," said a Singapore pilot who welcomed the policy. The airline declined to comment.

The South Korean carrier also said on Thursday it was loading hazmat suits for flight attendants who might need to take care of suspected coronavirus cases in the air.

The outbreak poses the biggest epidemic threat to the airline industry since the 2003 Sars crisis, which led to a 45 per cent plunge in passenger demand in Asia at its peak in April of that year, analysts said.

"When the staff see that other airlines have stopped flying there, their reaction is 'Why are we still going?'," said Flore Arrighi, president of UNAC, one of the airline's four main flight attendants' unions.

The airline still plans to fly special services to China with volunteer crews to help repatriate French nationals stranded by the health crisis.

Its Dutch stablemate, KLM, said services linking Amsterdam with Beijing and Shanghai will be suspended early next week, giving customers currently in China an opportunity to return.

The spectrum of measures taken by airlines underlines how little is known about coronavirus transmission. 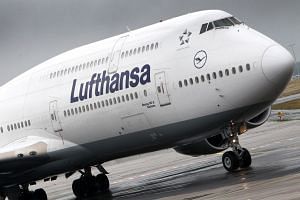 Cathay Pacific has cut hot towels, blankets and magazines from its China flights, while British Airways crews still flying to Hong Kong are wearing gloves to hand out towels, according to one pilot who returned recently from the city.

"The crew weren't really using their masks, although they were given three each for the flight," he said.