SAINT PETERSBURG, Russia (AFP) – Russian President Vladimir Putin said on Friday (May 25) the rocket that shot down flight MH17 over war-torn eastern Ukraine in 2014 was “of course” not Russian, dismissing the Dutch and Australian decision to blame Moscow for the tragedy.

Asked at an economic forum in Saint Petersburg if the rocket was Russian, Putin said: “Of course not.”

The Russian leader added that there is “nothing that inspires confidence” in the international investigation and that “several versions” of what happened exist.

The Netherlands and Australia on Friday took the first step towards dragging Russia to court over the shooting down of the flight, accusing Moscow of being responsible for the disaster.

The move won swift support from international allies, a day after investigators concluded that the Russian-made BUK missile which tore apart the Boeing 777 passenger plane in mid-air on July 17, 2014 came from a Russian military brigade based in the southwestern city of Kursk.

“There is but one conclusion to be made from yesterday’s presentation, namely that Russia is thoroughly responsible for the deployment of this BUK system,” Dutch Prime Minister Mark Rutte told reporters.

All 298 people on the flight en route from Amsterdam to Kuala Lumpur were killed when the missile slammed into the plane as it flew over territory held by pro-Russian rebels in eastern Ukraine. 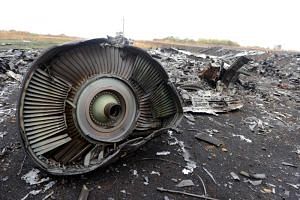 The Dutch government said in a statement that, together with Australia, it was holding Moscow “formally accountable” for the tragedy, and may now move towards submitting the complex dossier to an international judge or organisation.

Russia has repeatedly denied any responsibility in the disaster. Moscow has come up with numerous theories to deflect the blame and pointed the finger at Kiev.

Foreign Minister Sergei Lavrov said on Friday he had been informed by his Dutch counterpart Stef Blok that “they have practically no doubt that the BUK came from Russia.”

“I asked him about facts proving these claims. He did not give me any facts saying they want Russia to help establish them based on unfounded suspicion,” Lavrov added.