LONDON (THOMSON REUTERS FOUNDATION) - The deaths of 39 migrants found in a refrigerated truck in Britain has reignited calls for efforts to tackle slavery in the nail bar sector, a common destination for trafficked Vietnamese.

Most of the people discovered in the truck are believed to be from Vietnam, one of the top source countries for victims of modern slavery in Britain - accounting for about 10 per cent of 7,000 suspected slaves referred to the government for support in 2018.

Police are still investigating the case and it is not yet clear why the victims were travelling to Britain.

But it is well documented that some Vietnamese - lured to Europe by promises of lucrative jobs - end up exploited in illegal cannabis farms and cheap nail bars which have proliferated across the country.

"It's an extreme tragedy and I think hopefully it will be a catalyst for some sort of change," said Philippa Southwell, a lawyer with Birds Solicitors who specialises in trafficking.

"(We need) tighter regulation in various sectors such as cash-in-hand nail bars and car washes where it is easy for exploitation to take place," she said, adding that nail salons were often used to launder proceeds from criminal activity.

Although many nail bars set up by Britain's Vietnamese community are legitimate, experts say traffickers have piggy-backed off their success.

Anti-slavery charity Unseen said labour exploitation at beauty salons was the second biggest concern after carwashes for callers to its hotline last year, with 477 potential victims.

Britain's anti-slavery chief said on Tuesday that most recommendations made by her office in 2017 on tackling the issue - including regulation of nail bars - had not been implemented.

Trafficking experts said the deaths, which were discovered on Oct 23, should be a "clarion call" for stronger action to protect trafficking victims and called for tighter controls including more labour inspections.

One victim quoted in his report worked seven days a week for £30 (S$52). Another had to give all his money to his enslavers who locked him up between shifts.

Hyland said Britain should look at New York which had introduced controls on nail bars. 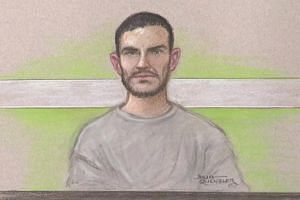 His successor Sara Thornton said the majority of the report's 35 recommendations had not been implemented.

"Although we don't yet know the full details of this case, it appears to bear the hallmarks of human trafficking," she told the Thomson Reuters Foundation.

"My office will be looking at what more can be done to improve our response to this heinous crime and reviewing the outstanding recommendations of this report will be an important part of this."

The British Association of Beauty Therapy and Cosmetology (BABTAC) said there was an urgent need for regulation, ideally by an independent industry body.

BABTAC, which launched a campaign two years ago with Unseen to raise awareness of exploitation in nail bars, said it would also like to see a mandatory code and labour inspections.

But others said there was no need for an independent body.

"Some people will think we should have a stamp, but it isn't the solution," said Kenway. "We need to fund labour inspection properly and we need to stop criminalising undocumented people."

She said criminalisation prevented trafficking victims seeking help for fear of arrest and deportation - which played into the hands of their exploiters and hampered efforts to tackle the issue.

Tell-tale indicators of exploitation in nail bars include unfeasibly low prices, workers who appear very young or are unwilling to make eye contact, and overbearing managers who insist on taking the money.

Women questioned on the streets in London said they were aware that exploitation was an issue in nail bars.

"You notice the ones who aren't happy, who aren't talking. Also, if the prices are too cheap, it makes you wonder why they're so cheap."