LONDON - British Prime Minister Theresa May's decision to reveal her negotiating strategy for leaving the European Union appears to have worked as intended: It lifted some of the uncertainty about Britain's economic prospects and deflected accusations that her Cabinet has no workable plan for Brexit, as the process of separation is known.

The tone struck by Mrs May, who in a speech in London on Tuesday combined tough talk about defending her country's interests with favourable words about the EU, also received a warm welcome from business leaders and European politicians.

"It has changed the landscape," said Ms Carolyn Fairbairn, who heads Britain's Confederation of British Industry, the country's employers' organisation.

"It is at least more realistic," added Mr Donald Tusk, who chairs the EU's heads of governments meetings.

Even the British pound, which previously took a beating every time Mrs May spoke about Europe, was boosted; it staged its biggest daily jump in almost a decade. 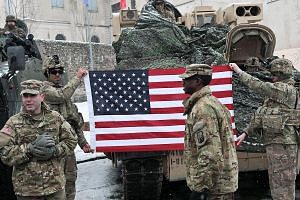 But although Mrs May's EU policy speech was comprehensive, revealing what she termed as her four "key principles" and 12 "goals" to guide the Brexit talks, most of these only set the parameters of what Britain wants, rather than providing a blueprint for the Brexit negotiations. Mrs May ended months of speculation by confirming that her government's top priority is to restore control of immigration to Britain from Europe and remove the powers of European courts over British citizens. That dashed any remaining hopes that Britain may keep its access to Europe's single market.

Instead, the British Premier said she seeks "no partial membership", or "anything that leaves us half-in, half-out"; Britain is departing the EU, lock, stock and barrel.

The Prime Minister sought to dispel fears that the EU may treat her as a beggar during the separation negotiations, and that it may seek to impose a punitive deal to deter other member nations from following the British example by leaving the union.

Britain, she said, will be seeking a unique agreement, based on a new free trade deal with Europe, and bolstered by military and security links. Mrs May reminded her audience, which included all the EU ambassadors in London, that EU exports to Britain amounted to £290 billion (S$507 billion) yearly, a sum nobody would wish to endanger.

She also pointed out that Britain's "unique intelligence capabilities will continue to help to keep people in Europe safe from terrorism", and that British soldiers are now deployed to defend former communist countries in Eastern Europe. The message was clear: It is in the EU's own interests to reach a deal which safeguards free trade and military links with Britain, for any attempt to corner the British "would be an act of calamitous self-harm for the countries of Europe".

Mrs May also reminded her European colleagues that if they insist on imposing unacceptable conditions, she has the option to take her country out of the EU with no agreement whatsoever. And she has another option increasingly touted by officials in London: To lower British corporate taxes and regulations, and turn Britain into Europe's offshore investment haven.

Her speech sought to reassure her domestic critics, some of who feared that Mrs May has no Brexit strategy for the negotiations which are scheduled to begin in April, or that she will not consult widely enough with businesses and other politicians. She vowed that any Brexit deal she signs will be submitted for the approval of Parliament in London.

Yet, she also tried to reassure fellow European leaders that Britain will not have any truck with the policies of US President-elect Donald Trump, who recently congratulated the Brits for being "smart" in leaving the EU, and prophesied that other EU countries would follow. Mrs May rejected Mr Trump's ideas, saying "it remains overwhelmingly and compellingly in Britain's national interest that the EU should succeed" and denying that Brexit is a prelude to the "greater unravelling of the EU".

Her approach was well received in London. The Daily Mail hailed the "steel of the new Iron Lady", comparing Mrs May to Baroness Margaret Thatcher, Britain's only other woman prime minister who ruled during the 1980s, and even the more sober Financial Times praised her "message of clarity".

But elsewhere in Europe, few bought Mrs May's argument that she would be leading a more global and prosperous Britain. Germany's Die Welt, one of the country's most influential dailies, portrayed her as the leader of a future "Little Britain".

Meanwhile, EU officials are already pointing out that the free trade agreement which Britain seeks will not reduce the damage that departure from Europe's single market will inflict, and that there is little chance of concluding any free trade deal in the two years Mrs May has at her disposal for the negotiations.

A version of this article appeared in the print edition of The Straits Times on January 19, 2017, with the headline 'Spelling out Brexit strategy has worked for PM May'. Subscribe
Topics:
More
Whatsapp Linkedin FB Messenger Telegram Reddit WeChat Pinterest Print Purchase Article Copy permalink