Some 52 per cent of those polled wanted vehicle speeds limited to between 120kmh and 140kmh, the poll conducted by the Emnid institute and published by Bild am Sonntag newspaper showed. Forty-six per cent opposed such limits.

A government-appointed committee studying the future of transport is looking at ending the "no limits" sections on motorways as part of a broader proposal to help Germany meet European Union emissions targets.

Not everyone is on board with the plan.

"The principle of freedom has proven itself. Whoever wants to drive 120 can drive 120, and those who want to go faster can do that too. Why this constant micromanagement?" he told the newspaper.

Mr Scheuer said German highways were the safest in the world, and that imposing a speed limit would cut the country's overall carbon emissions by less than 0.5 per cent.

He said 7,640km of German highways - about 30 per cent of the total - already had speed limits, and that he plans to meet the committee to discuss its proposals, which are to be finalised by the end of March.

"The goal is to think about the work they're doing and to generate results, instead of revisiting old, rejected and unrealistic demands like speed limits," he said.

Germany could be hit with heavy EU fines if it fails to reduce emissions of greenhouse gases and poisonous nitrogen oxides. Transport emissions, which have not fallen since 1990, are a particular target for reductions. 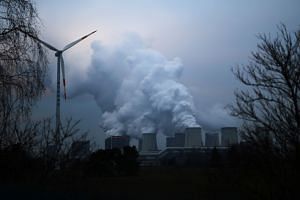 Germany should fully phase out coal by 2038, says commission

The government is torn between the need to protect Germany's crucial car industry, buffeted by a series of costly emissions cheating scandals in recent years, and the need to cut greenhouse gases to meet EU and domestic climate goals.

Imposing a motorway speed limit of 130kmh, fuel tax hikes, and quotas for electric and hybrid car sales, along with ending tax breaks for diesel cars, could generate half the cuts in greenhouse gas emissions that are needed, the committee said in a paper reported by Reuters this month.

The committee's findings are to be incorporated into a climate change law the government wants to enact this year.